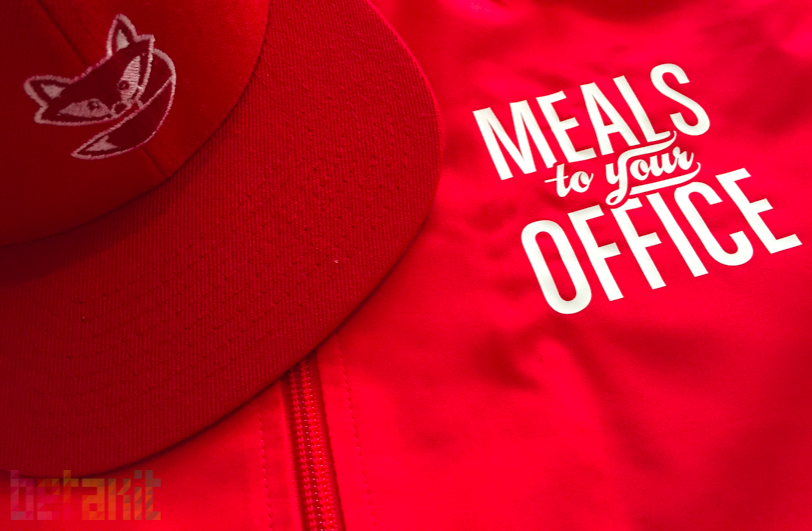 Vancouver-based Foodee specializes in bringing quality food to the company lunchroom. In our profile from April, the company promised expansion plans were in the works, and now the operation has put its paw down in Toronto.

“Foodee brings the city’s best-in-class restaurants to your workspace,” says the site. Its “corporate food concierge program” has delivered over 100,000 meals to lunchroom, boardroom, or cubicles of Lululemon, Cushman Wakefield, Mozilla, Microsoft in Vancouver. Foodee intends to follow its success in Toronto an feed groups in offices between 10-100 meals from the city’s leading restaurants.

“Our goal is to change the corporate lunch hour,” says Ryan Spong, CEO of Foodee. “Eating great food together is the ultimate team-building exercise and we want to make that happen with the best food the city has to offer in the easiest way possible.”

Foodee, who has a Fox as its mascot called Foxee, has made it their mission to solve the biggest problems facing the corporate lunch hour: a lack of variety, meals that arrive too early or too late. There are currently over 17 Toronto-based restaurants on board, including The Pantry, Fresh, Portland Variety, Porchetta & Co., Japango, North of Brooklyn Pizza, with others still be added, namely Caplansky’s, Salad King and Brasaii.

Torontonians can order Foodee online, by phone, or email and also one of the main differentiators is that they also have an offline market, online, or one could also connect to a live concierge. In addition, all meals can be tracked via GPS “to reduce  anxiety for important meals.”