Vancouver’s tech ecosystem has a supportive community. Until recently, it didn’t match that with access to capital. With the BC government’s new $100 million venture capital fund, that narrative is changing. The voices of Vancouver’s community have a few ideas, and have proclaimed them loudly, suggesting funding continued tech education and “unicorn hunting,” or enticing large companies like Facebook and Google to set up remote shops here.

What are the holes that have caused talented Vancouver techies to pursue opportunities elsewhere?

But what about those who have left the community? What are the holes that have caused talented Vancouver techies to pursue opportunities elsewhere? Canadians working in the US’s most vaunted tech hub are taking a renewed interest in their home turf.

For Boris Smus, Vancouver native and Senior Engineer at Google HQ in Silicon Valley, until recently, home didn’t have quite the pull it does today. In 2009, he worked at Apple’s remote Vancouver location, but found that being so far from Cupertino left him little choice in projects. “My areas of interest, human-computer interaction and emerging technology, that stuff happens in the heart of these companies,” he said. Since no large tech companies had headquarters in Vancouver yet, and few startups were emerging in the field, that meant a move down south.

Smus suggested that tech entrepreneurs in the two regions still view innovation in different ways. He sees Vancouver-based startups largely as opportunistic, seeing a market need, an opportunity to capitalize on it, and the tools to profit from doing so — rather than “evangelical startups” which look beyond current market conditions to break new ground. Although companies like this exist in Vancouver (Human Co and Axiom Zen come to mind), they are exceedingly rare, Smus said. Evangelical startups are a massive draw for top talent like Smus, but since they often won’t be profitable (or even go to market) until years after their inception, they need deep pockets.

The west coast tech hub is growing up

When another Vancouver native, Brian Wong, founded Kiip in 2010, there was “no wealth being created from tech in Vancouver.” So he started in San Francisco, which even at the start of the Silicon Valley wave was a perfect place to raise money. But Wong believes access to capital is only part the story for Vancouver. It’s about how the entrepreneurs perceive it.

“Canadian entrepreneurs are very grounded and realistic,” Wong said. “Americans are the opposite.” Although being grounded in reality (and profitability) has its own merits, Wong feels it hamstrings Canadian entrepreneurs’ vision the fundraising process. “Whereas a Canadian may raise a Series A at $700k, that exact same company and entrepreneur in America would raise $3 million.”

The Canadian may say, what am I going to do with all that money? whereas the American will say, ‘yeah, I need that money to spend it, Wong said. Although this “go big” attitude can lead to issues like the dreaded down round, it also provides startups with the cash needed to develop the kind of world-beating technology that galvanizes engineers. 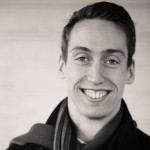 Michael is the co-founder of Smoothie Veggies and Marketing Director at San Francisco-based RESULTS.com. Before that, he worked as Marketing Manager at Lighthouse Labs, Canada's largest coding bootcamp.

Pour lire cet article en français, cliquez ici. Since 2014, We Are Wearables has grown from an event including founder Tom Emrich showing off…