Something has been gnawing at me for quite some time and it has really surfaced during this upcoming Federal election. I believe, as many of you do, that the Innovation sector represents the Future for Canada. It will be the engine of growth, wealth, and employment for our great nation. And in these last few years, this vision is starting to play out with the best yet to come.

Industries do not get built by accident. While the startup community must be built and led by the entrepreneurs, they cannot do it alone.

Industries, though, do not get built by accident. While the startup community must be built and led by the entrepreneurs, they cannot do it alone. It truly takes a community to build an industry – risk capital providers, professional services, academics, Government, and the like – play an essential role in assisting the Entrepreneur to achieve their vision. However, it is the role of Government that remains most unclear to me… And it is our fault. Let me explain.

First of all, let us set aside partisan politics. I really could not care less whether you come at the issue from the right, left, or centre – let’s come at it from either the profit or loss side. I will state my bias up front though. I do believe in the capitalist system. Unless it is proven to me otherwise, since the Industrial Revolution, no other system has proven to be a more efficient allocator of scarce resources in the long run. As a result of this bias, I do believe that the role of Government is to “get out of the way” and allow the private sector to allocate scarce resources in the most efficient manner. However, there are many vital roles that the Government plays to ensure that our citizens enjoy the basic necessities of life that we in Canada are proud of – healthcare, personal safety, defense, physical infrastructure, and the like.

When it comes to setting Canada’s Industrial policy, this is where it starts to get complicated. The analogy I like to use is a farmer’s field. The role of Government is to prepare the field ready for planting – clearing the field, removing weeds, laying irrigation systems, and spreading fertilizer (the latter is NOT a jab to politicians!). The role of the entrepreneur is to determine which seeds to choose, where to plant it, and ensuring it gets the right amount of sunlight and water to let it grow. The role of risk capital and other ecosystem supporters is to provide the water for the plants to help the plants grow into massive plants. The massive plants could then be harvested for their fruit or vegetables, or pawned to form new plants with their seeds, or could be transplanted or sold to new fields. So, in the industrial context, the role of Government can be correlated to reducing red tape to make company creation easier, easing restrictions on finding and hiring employees, establishing fair and manageable taxes on level playing fields, developing predictable regulations, etc. Using taxation policy as one example for the role of Government, the ideal starting point is a system that creates a fair and level playing field, but adjusted for penalizing the things we don’t want and incentivizing the things that we do want. The challenge is how do you decide what we want and what we don’t want and do these decisions actually impair the fair and level playing field? Tough questions.

The real question in my mind is, “has the startup community actually told the Government what we do and do not want?”

But, the real question in my mind is, “has the startup community actually told the Government what we do and do not want?” I have spent a material portion of my career working with both politicians and trying to figure this out, mostly on the tax policy side of things. I can tell you, most people I have dealt with in Government really try to do the right thing and take their jobs very seriously. In fact, more people in Government than you think really believe in the Innovation economy. The problem is – they really do not know what the startup community wants in order to achieve the Innovation economy vision. Why is that? There does not seem to be a single voice of the startup community clearly articulating the few things that they really need in order to make their plants grow and thrive. Or, there could be too many voices asking for too many things that might seem to contradict one another.

Where is the clear, singular voice of the startup community? Where is the voice free from partisan politics? Free from other external influences, such as Government, academics, capital providers, etc. Most of those organizations already have a voice airing their specific self-interests. Industries such as manufacturing, financial services, and education provide their voice to the Government to great effect. So, should there be a voice from the Startup Community clearly laying out what they believe the role of government should be? A voice that is not afraid to speak or not afraid to ruffle feathers with the Government. A voice that just does not ask for hand-outs and freebies – that’s an easy thing to ask and frankly, so “Canadian” in my view – but asks how the Government could truly play a partnering role with business.

As Jim Balsillie clearly points out, getting freebies and hand-outs is nice, but who really cares when it’s time to “play with the big boys?” For years, Jim led BlackBerry into battle with global juggernauts with far more resources and fought some amazing fights only to see the game rigged with companies backed by governments playing intellectual property warfare. Jim would tell you that it is nice to get some tax or other cost relief, but where are the policies to truly support material growth on the revenue line of startups? While the SRED tax credit regimes, stock option taxation frameworks, and other similar policies position Canada very well globally to assist the seedlings into growing into plants, what is the ask, if any, of the Government by the startup community to help growing those plants become some of the largest plants in the world?

Anyone or any organization ready to step up and become the “Voice for the Startup Community”? I know the Government is ready to listen…

This editorial was originally published on OMERS Ventures‘ website. 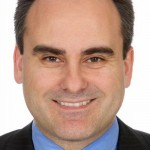 John Ruffolo is the Chief Executive Officer of OMERS Ventures.

Today Custora debuted the latest version of its platform, which aims to help online retailers “move beyond batch-and-blast marketing” and both acquire and retain customers,…