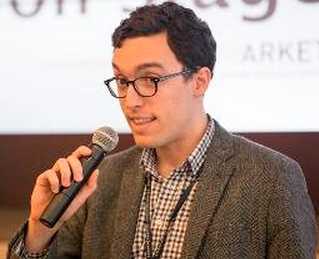 Things are going pretty well right now for Now In Store, the Montreal-founded startup that previously went through the FounderFuel accelerator program as a wholesale marketplace connecting fashion buyers with brands.

They graduated FounderFuel back in the fall, did their demo day and never ended up raising any capital. But an application sent in to the Canadian Technology Accelerator, a Canadian government-sponsored program in New York City, ended up pushing them down the right path.

The Consulate General in New York established a Canadian Technology Accelerator in New York City in 2012 to help Canadian digital media companies access key resources (funding and customers) in the US market. Those companies that get accepted spend four months working out of free office space at Grind and receive mentorship and entry into the New York community through events. About 50 companies have been accelerated through the program now, and Now In Store joined the January-May cohort earlier this winter, with CEO Charles Brun heading to the Big Apple.

He said the four-month stay, which will end in early May, has been nothing short of effective for his business. And he thinks its just not known by enough people.

“The fact that New York is really growing strongly in terms of its tech focus and in terms of the whole community there, it has been really good. A lot of people are still not aware of it.”

For Brun it was the perfect trip. He said over meetings with dozens of investors the team realized what could be more effective. Now In Store had already transitioned from the wholesale marketplace to an app that allowed brands to automatically showcase their products in a portfolio. During the New York stay, it further pivoted to a platform that helps business create marketing content, by leveraging the data from online stores.

“We connect to your Shopify store, we import your thousands of products and the data points associated with them and we create smart marketing products built to optimize click throughs, sales and conversions,” Brun told BetaKit. “The product has neatly positioned itself as a marketing platform for small and medium-sized businesses (SMBs), leveraging smart data, and its going really well now.”

Now In Store now has 8,500 SMBs using the platform, growing by 20 percent month-over-month. The startup has been featured on Shopify and it has been in the top five Etsy apps for the past six months. “It gives us credibility and when you finally have this product market fit you’re more comfortable to go ask investors for money.”

But heading to a four-month accelerator program that doesn’t provide any seed capital could be a financial issue. The CTA only takes in startups that can sustain themselves financially for four months in New York (and are actually generating sales). The program provides the office space and networking, but no cash.

For Brun it was a no-brainer. He saw it as an investment.

“Yes, life in New York is much more expensive, but I think its essential for all companies in Canada to have a US fundraising strategy, and also I think its important in general to have a US presence,” said Brun. “Being here for four months has made me realize how important it is. Without a presence, investors are asking, ‘why should I invest in you?’ ‘How do I know you?'”

Jay Parmar ended up going through both CTA programs, in New York and in San Francisco. The CEO of Picatic, a custom event platform, said the experience was “phenomenal” for his company, particularly in gaining insights about how his space worked, and how his competitors were doing things. “It’s a really good place to go out there and get a marketplace, if you really want to be close to the US.”

He said it was an opportunity to build relationships and even gain new customers, and it gave new insight about what it means to be a ‘big fish’. “The analogy I like to give is, you can be a great hockey player in Guatemala, but when you come to Canada it’s a different game.”

For Brun, things are winding down in New York as the CTA program comes to a close early next month. But his fundraising ambitions are looking up: he couldn’t reveal how much, or when a round would be revealed, but he did confirm that Now In Store is about to get funded.

PocketPills closes $7.35 million CAD Series A as it looks to complete national expansion

PocketPills, a healthtech startup offering a full-service digital pharmacy that delivers medication directly to patients, has closed a $7.35 million CAD Series A round…