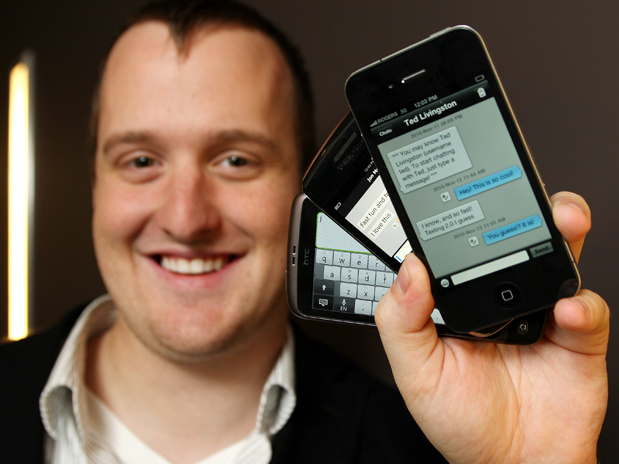 On March 7, 2011, Ted Livingston’s nascent mobile messaging company, Kik, announced an $8M Series A financing led by RRE, Union Square Ventures and Spark Capital. Kik’s fundraising round represented both a powerful affirmation of everything that was right about the Canadian startup ecosystem and a stunning reminder of everything that was wrong.

Nothing would ever be the same.

If you trace the lineage of Ted’s career, you touch upon many institutions that form the bedrock of the tightly knit technology community in Kitchener-Waterloo (K-W) – UWaterloo, RIM, VeloCity and Communitech. While I’m sure he would assign varying degrees of contribution to each, the ecosystem worked as envisioned: Ted went to best school in the country, met some brilliant yet like-minded peers, worked at one of the world’s most innovative companies and then founded an exciting new venture with the support of experienced mentors.

There was nothing particularly groundbreaking about any aspect of his journey until that day in March.

In actuality, the normality of Ted’s journey preceding that date is precisely the reason why it ultimately renders as important. Three years ago, an entire generation of local entrepreneurs awoke to read the news that a fellow founder whom they had seen grow, struggle and iterate alongside themselves had been elevated to a rarefied air well beyond their imaginations. This cohort of young technology executives did not stop to wallow in envy or self-doubt – instead, they raced to catch up.

Ted’s triumphs spawned an army of killer entrepreneurs. These offspring saw him taste success and were hungry to reap their own rewards. If Ted dreamt big, their ambitions would be larger. If Kik executed quickly, they would move even faster. If there were revenues to be made or funds to be raised, they would fight their way to the front of the line. Not all his contemporaries would duplicate his trajectory, but not many would fail for lack of ambition.

The names all seem familiar now. Pebble, Vidyard, BufferBox, Thalmic Labs, Upverter, Pair, Enflick, Top Hat, Maluuba, TribeHR, Well.ca, Clearpath Robotics, etc. I’m not sure any of the associated founders would admit to recognizing the aforementioned date as a seminal moment in their lives. However, it definitely lit a fire under a few, who in turn managed to raise the bar even higher for those to follow.

This has ultimately led to an unprecedented explosion of entrepreneurial activity in the region. K-W can now boast of a new generation of world-class founders who have matured together, constantly pushing one another to greater heights through a combination of competition and collaboration. This phenomenon is reinforced by each individual’s commitment to continue the virtuous cycle by investing time, money and energy in helping the next generation of companies succeed.

Today, the Waterloo region represents the type of bottoms-up ecosystem development that has been sorely missed in other parts of the country.

By and large, Canadian Venture Capital firms have been conspicuous by their absence in relation to this revolution. The lack of local institutional financing participants has been telling, especially in relation to the caliber of investors involved from higher profile American firms. Growing fat off management fees and inflexible in their thinking, Canadian venture capitalists failed to understand the magnitude of change occurring in their own backyards.

The death spiral of many firms can be traced back to their failure to connect with this new generation of entrepreneurs as true value-add partners.

Likewise, countless government dollars have been wasted on initiatives across Canada to duplicate the accomplishments of K-W’s community-based approach to startups. These achievements have had very little to do with investments in physical real estate or tax incentives to attract large foreign players.

Instead, these accomplishments have been organically fueled, fed by talented individuals who also understand the value of giving back to an ecosystem that supported them. Entrepreneurs, engineers and executives are the lifeblood of the local community, not consultants and bureaucrats.

It’s also impossible to overstate the importance of gestation periods for local ecosystems. Many of the ingredients that can be linked to today’s successful startups have been in place for a decade or more before March 2011. There would be no Kik, Vidyard or Thalmic Labs if there had not been a RIM, OpenText, or MKS before it. The University of Waterloo did not just recently discover the value of investing in Math and Engineering faculties or the benefits of co-operative education.

Communitech itself was founded over breakfast by the likes of Jim Balsillie, Tom Jenkins, Yvan Couture, Randall Howard, Jim Estill and Peter Schwartz almost 20 years ago! There is no such thing as an overnight success in terms building a strong, vibrant startup community. The evolution of such initiatives should be measured in generations rather than in years.

That perspective is critical to understand what is taking place today in other Canadian cities. Many of these areas already have similar foundations in place. In most cases, they have already borne witness to the rise of local startup activity and the emergence of global category leaders from within their ranks. Of course, history tells us that the majority of these communities will never reach a critical mass that can foster the rise of multiple large-scale winners.

However, it’s still important to learn from the lessons of K-W to set the stage for eventual success:

2. Place your faith in people, not programs;

3. Think beyond a monthly balance sheet when making long-term investments.

When it’s all said and done, we’ll probably remember Ted Livingston as one of the most important Canadian entrepreneurs of his generation. His impact will reverberate across the country and resonate for decades. The ultimate outcome for Kik is not immaterial to this fact, but as long as K-W continues to prosper we should be grateful regardless of what that entails. Three years ago everything did change – and definitely for the better.

We have a lot of people to thank for that, but Ted would be a good place to start.

Top Photo by Forbes. Photo of Michael Litt by StartuptoChina.ca.

Karamdeep Nijjar is a member of iNovia’s investment team with a focus on software, digital media and e-commerce. He works closely with both existing portfolio companies and potential future investees to evaluate and identify growth opportunities.