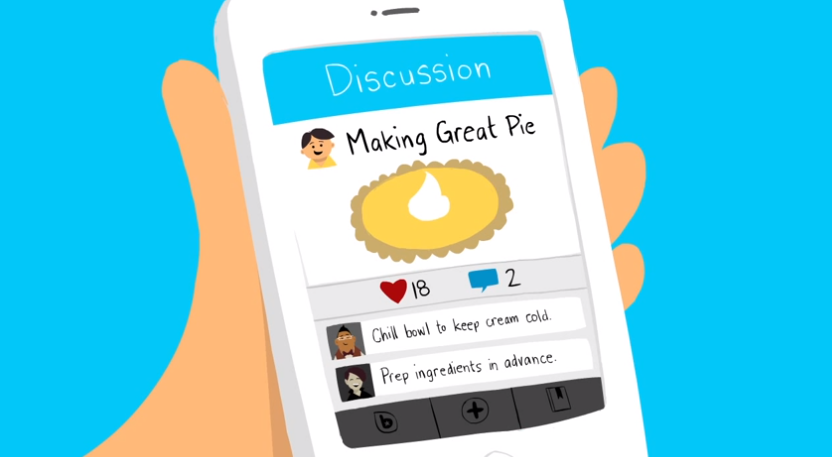 A new avenue to get your social fix has arrived. Montreal-based Bunch have released what they’re calling a “home for online communities around your passions.” The idea behind Bunch, which is currently available on the web and and iPhone, is to engage in conversations with like-minded people.

Bunch says that “online conversations suck and we started Bunch to change that.” They are backed by $1 million in funding from Real Ventures, 500 Startups, BDC Venture Capital, and Round13 Capital. The company originally launched a closed beta of over 20,000 in 2012, but is now live and looking to become the “mainstream platform for discussion.”

As for design, Bunch is organized like Pintest with big pictures, plus has the ability to ‘like’ a bunch similar to Facebook, Intagram, Tumblr, then earn badges à la FourSquare – namely the New Kid on the Block, Official Bunchie, Night Owl, Founding Member, Bunch Guru, Bunch Junkie, Chatterbox.

The app is free and currently there’s no trace of ads, however, Bunch desires to become a “global media company around topic-based discussions” and will eventually bring “highly targeted ways to engage users around their passions.” In addition, Bunch plans on building the first “passion graph” that is solely based on “real identity and location-based data” that will “connect brand and users with people in interesting ways such as events, clubs/meet-up groups, and networking (for people) and targeted surveys and focus groups (for brands).”

Having this niche focus on users interests is a good move, especially if you’re frustrated with the other social media sites. Andrew Sider, Co-Founder & CEO of Bunch, says that iPad and Android apps are coming next.

Download Bunch here via the App Store
Via: Bunch