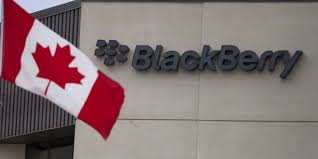 The Waterloo Record reported that the company has now fired 1,140 local employees since the downfall began in September 2013. “These employees were part of BlackBerry’s productive development and wireless technology teams,” BlackBerry said in a statement issued yesterday.

The company recently announced a 5-year manufacturing partnership with Foxconn to produce a number of new BlackBerry devices. Mobile Syrup’s Ian Hardy speculated that “perhaps these cuts from the product development and wireless technology teams were shifted overseas.” The workers were believed to have bee employed in the BlackBerry 2 building, which was recently sold to the University of Waterloo.

The cuts aren’t exactly unexpected: back in September the smartphone maker said it would cut 4,500 jobs from its global workforce by May 2014.

“BlackBerry is working hard to return to profitability and we continue to optimize our resources to meet our mandatory operational targets. As such, this week’s employee reductions impact BlackBerry’s U.S. and Canadian operations with approximately 120 employees in the Waterloo, Ontario area,” said the company. “We will do everything in our power to treat our employees with compassion, while offering support during this time of transition.”

The company is expected to release fourth quarter financial results on March 28 something that will be highly anticipated by many in the tech industry curious to know just how bad things are.

The Black Professionals in Tech Network (BPTN) has partnered with eight Canadian companies, including TD Bank, Bell Canada, and Rogers, pledging “to create a…