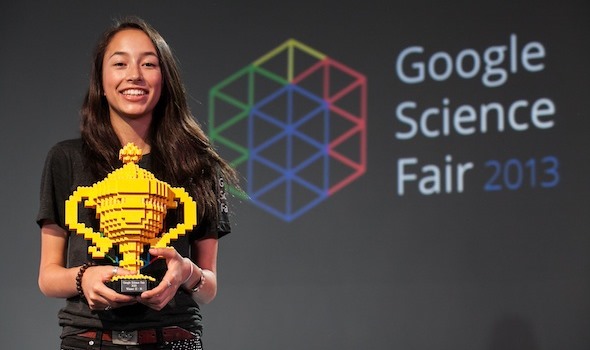 Victoria, B.C. teenager Ann Makosinski has won the Ontario Science Centre’s 2014 Weston Youth Innovation Award, for her thermoelectric flashlight, which will help students whose homes do not have electricity to power lights at night.

Readers of BetaKit may be familiar with the 16-year-old. In September we reported on how her “Hollow Flashlight” won the Google Science Fair. At the time MobileSyrup Editor Ian Hardy labelled it a “genius piece of work: incredibly simple and purely driven by human energy.”

Just a few months late we named Makosinski’s story as the year’s Most Interesting News Story of 2013.

It looks like the Victoria teen is continuing to be recognized for her invention. Now the Ontario Science Centre has awarded her the 2014 Weston Youth Innovation Award for applying science in a creative way to make a positive difference in the world.

“It’s truly wonderful to be recognized for my curiosity and creativity,” said Makosinski. “This award will allow me to develop my ideas further and help out people along the way. I want to make sure my invention is available to people who need it.”

Makosinski was inspired by a visit to the Philippines, where she discovered that many children are unable to study at home in the evenings due to the lack of electricity. After spending several years working with piezoelectric technology and other forms of electricity generation, she came up with the idea of using Peltier tiles to convert body heat into enough electricity to power an LED bulb. She calls her invention the “Hollow Flashlight,” a nod to the hollow aluminum tube that runs through the centre of the device. She is currently working on an iteration of the thermoelectric flashlight: a headband flashlight powered by the heat of the human head, which would allow children to read hands-free in the dark.

“The entire panel was impressed by Ann’s imagination and dedication to her work,” said the OSC’s Dr. Hooley McLaughlin. “We look forward to seeing more of Ann’s innovative projects in the future as she continues her work as an engaged scientist and global citizen.”

The Weston Youth Innovation Award was established in 2008 to encourage and recognize young Canadian innovators. It was named in recognition of The W. Garfield Weston Foundation’s $15-million lead gift to the Ontario Science Centre’s Agents of Change initiative and to honour The Foundation’s support and commitment to education.

Makosinski will be awarded the $2,000 prize at the Ontario Science Centre on June 17, 2014. In addition, she will work with a multimedia team at the Science Centre to create an animation to showcase her project, which will be displayed in the Weston Family Innovation Centre and shared via the Science Centre’s social media channels. More information about Makosinski’s award-winning project can be found at www.OntarioScienceCentre.ca/innovationaward.

A|I: The AI Times – MIT wants to give everyone AI superpowers