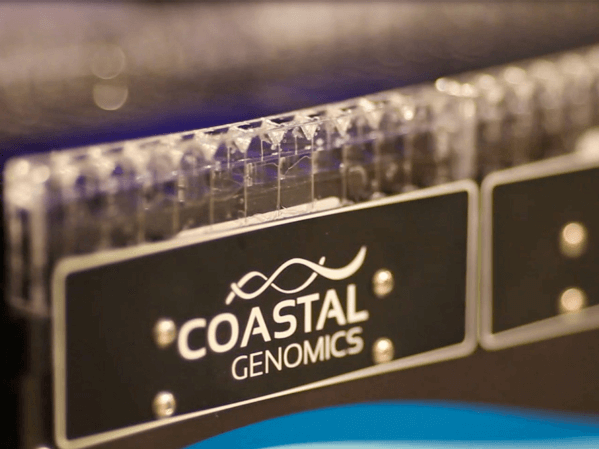 Coastal Genomics, a Burnaby, British Columbia-based BioTech engineering startup, is set to be acquired by the United Kingdom’s Yourgene Health for up to $17.9 million CAD ($13.5 million USD). Founded in 2012, Coastal Genomics is a DNA sample preparation company that develops technologies for the life sciences automation sector.

According to Yourgene, its acquisition of Coastal Genomics will enable the company to “extend its offering and intellectual property (IP) portfolio in the DNA sample preparation sector.” The company plans to fund the purchase via a stock offering through which it raised nearly $28 million CAD (£16 million GBP) earlier this week.

According to Yourgene, the acquisition will enable it to “extend its offering and IP portfolio in the DNA sample preparation sector.”

“The fit between Yourgene Health and Coastal Genomics makes logical sense in light of the synergies between our organizations,” Matthew Nesbitt, Coastal Genomics’ CEO, told BetaKit. “We anticipate this relationship will accelerate the placements of our Ranger Technology platforms, while at the same time enabling Yourgene Health to round out its offerings in sample preparation.”

Coastal’s proprietary Ranger Technology automates a process referred to as “agarose gel size selection” in order to isolate DNA fragments of a desired length. According to the company, this process results in improved value for numerous DNA sequencing and cloning processes. It has primary applications in non-invasive prenatal testing (NIPT) and oncology, and which Coastal says significantly lowers costs associated with prenatal testing, cancer detection, and other clinical conditions.

“As an early adopter of this technology, which is now a crucial differentiator in our NIPT offering, we have got to know the team in Coastal Genomics and respect their capability and potential,” said Lyn Rees, CEO of Yourgene. “This is a fantastic opportunity for Yourgene to expand our IP portfolio, grow our core technology and expand our geographical footprint.”

Earlier this week, Yourgene announced it had raised almost $28 million through an equity placing of 95,000,000 shares. The company plans to use the offering’s proceeds to fund the initial cash payment for Coastal Genomics, help cover general expenses, and serve as working capital.

The company said it spent more than two years evaluating Coastal Genomics’ tech, via a partnership between the two companies that began in 2018. Through this partnership, Yourgene has already applied Coastal’s tech to two of its products, Iona Nx NIPT Workflow and Sage 32plex.

In April, Coastal Genomics was named to Rocket Builders’ 2020 list of ‘Emerging Rockets’ in the life science space.

NOTE: Unless otherwise noted, all figures listed are in CAD, converted from USD and GBP according to the August 6 exchange rate.

Image of the Ranger Technology-embedded Nimbus Select, via Hamilton’s website

Cape Breton-based Securicy, which provides end-to-end cybersecurity tools and resources for small and medium businesses, has raised $1.8 million in funding from both public…