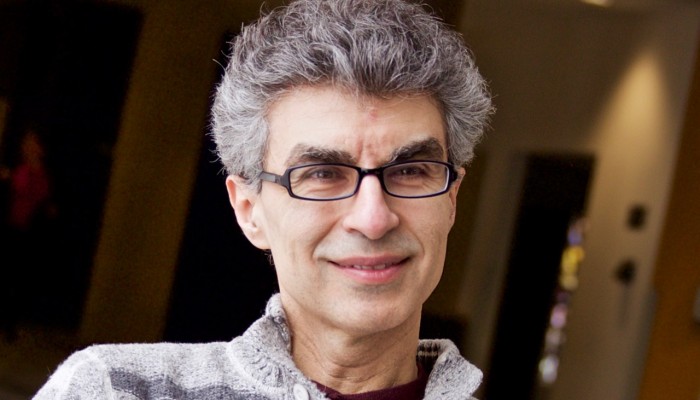 If you click on just about any tech publication, you’re bound to find at least one, if not a handful of articles about artificial intelligence, machine learning, and their applications in technology and health science. The technology giants whose products you use on a daily basis — Facebook, Google, Amazon, IBM, Microsoft — are all using AI, and have even come together to form a non-profit organization called the Partnership on Artificial Intelligence to Benefit People and Society. That’s in part because of the “arms race” that has started between them to hire the top researchers and talent in AI — a field that is still incredibly small.

It just so happens that Montreal has the highest concentration of artificial intelligence researchers in the world. That’s thanks in great part to Yoshua Bengio, AI pioneer, and head of the Montreal Institute for Learning Algorithms (MILA) at the Université de Montréal. Bengio is part of the team that recently launched Element AI, an AI-first incubator and accelerator that will create a pipeline through which AI research can flow into the commercial world.

Having recently received a combined $213 million in Canada First Research Excellence Fund grants, U de M, along with McGill University, Polytechnique Montréal and HEC Montréal — the city’s top technological and scientific research centres — have come together to create IVADO (the Institute for Data Valorization) of which Bengio is the Scientific Director. This goal of IVADO is to advance AI and big data research, with a focus on the science of optimization. Element AI will be the conduit through which this research flows into the public sphere by helping to create new companies, likely in collaboration with big businesses that want to use AI but do not have the expertise just yet.

BetaKit spoke with Bengio about the big changes taking place in AI, what positions him to lead the efforts, and why Montreal is the ideal place to create a “mini Silicon Valley”.

You’ve been described as “one of the leading figures behind the rise of deep learning.” How did you become interested in AI?

That was what got me into research in the first place. Around 1985, when I was exploring different research areas for my MSc at McGill University; I read papers on neural networks and quickly got a strong intuition that this was what I wanted to explore, and the right way to attack the problem of putting intelligence into computers.

Given that your contemporaries are working at Google, Facebook and the like, what made you choose to stay in research and teaching rather than moving into private industry?

Several factors, including my preference to see my work remain in the public domain (not owned by one particular company). I think that ideas should not be treated like private property. My will is to remain free to speak about my work with whoever I want, to publish without constraint, to choose my research topics with total freedom, and to leverage my creativity through the brainstorming and collaborations with dozens of students. These are all things which you don’t get as much when working for industry. I also find it important to contribute to training the next generation of deep learning experts and to contribute back to my community, here in Montreal, in Canada.

Speaking of Canada, what is the connection between the federal government’s $213 million Canada First Research Excellence Fund investment in Montreal’s AI and brain health research and the new Element AI incubator?

The federal government awarded a $93.6 million CFREF grant for the IVADO proposal on deep learning and optimization for data science at U de Montreal. I am scientific director of IVADO. This project includes McGill University among a few university partners, and McGill also received a large CFREF (almost as large), but this one on neuroscience. We are hoping that these projects will be complementary and MILA (a part of IVADO and the focus of the deep learning research within IVADO) includes faculty from McGill. The IVADO project includes a strong technology transfer component, both to established companies (they pledged around $100 million to the project) and to foster the creation of startups.

Element AI also pledged in this grant proposal to help create companies derived from the IVADO research, and is building its own internal research group which will help create these new companies, probably in collaboration with big businesses which want to use AI but do not have the expertise (yet).

Will researchers be partnered with entrepreneurs inside the program, or will these partnerships be more in conjunction with large corporations?

Both. As I understand it, large corporations will contribute by defining a need, providing a first customer, and probably by being investors in these startups. The idea is to bring together researchers and entrepreneurs, too, as usual.

Will the researchers working at Element AI also be working at one of the city’s universities?

Some are already, in the sense that several of the faculties at U de M and McGill have agreed to help Element AI, advise its spin-off companies, and make it easier for students to transition to “startup mode.”

What does Montreal need to do to keep up the momentum in AI in the city?

We need to invest in a smart way to keep our talent here, as well as train a lot more than we are currently doing. We also need to better connect universities with entrepreneurs and business, in part through networking events and workshops (mutually educating each other), maybe by building some physical places where the two worlds meet, probably also by making sure that AI researchers can obtain competitive salaries (compared to the US salaries) as part of the incentives to stay in Montreal. We also need governments to get on board very clearly, both to send a signal to the business world that this is a priority for the country (and for Quebec, in the case of Montreal), and to provide the best possible conditions (not just funding, regulations regarding immigration and data can matter) to help the above happen and this dream come true.

What does the recent Google investment at MILA mean for AI in Montreal?

It’s amazing news. If you look at the Silicon Valley ecosystem, you see three important components: big companies with their industrial labs doing basic research, startups, and universities. Google’s move obviously contributes that first piece, and sends a signal for other investments to follow. It’s all about critical mass…

Given the relative rarity of AI and deep learning researchers, what has attracted this talent to Montreal?

The largest academic concentration of deep learning researchers in the world: about 150 counting both U de M and McGill.

What are some of the further applications for AI and deep learning that we haven’t seen?

There are many more health applications. We’ll also see much more sophisticated abilities of computers to converse in natural language, understand documents, and talk back to us, providing useful services.

Where do you believe that this research will lead us as a society?

Immense wealth will be derived from AI. The question is how it will be spread around. Left to the natural tendencies of the markets, it will mean even more inequalities, even more concentration of wealth (and thus of power), and a large proportion of the population losing (because they will lose their jobs to automation). It is thus very important to start rethinking our social network, going in the exact opposite direction from what society has followed in the last three decades, so that the wealth can be redistributed fairly. Or we might see democracy in serious danger and Trump to the power of 10, everywhere…

This interview has been edited for clarity and length.