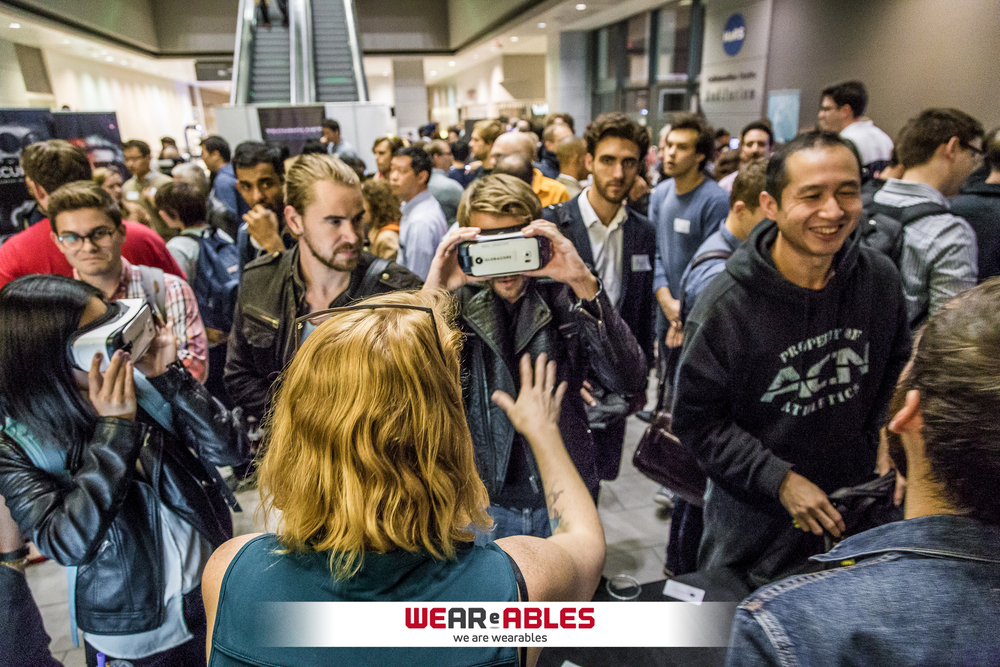 We Are Wearables Toronto is back at the MaRS Discovery District this month to celebrate the Toronto wearable tech community.

This event will bring back many of the startups and thought leaders that put Canada on the map for wearable tech, including Nymi, InteraXon (Muse), Kiwi, OMERS Ventures, and over 15 Toronto and Kitchener-Waterloo startups in the demo area.

The wearable space continues to grow as IDC forecasts that this year, 101.9 million wearables will ship worldwide. This number is expected to more than double to 213.6 million by 2020.

“The 401 corridor continues to be a hotbed for wearable tech,” said We Are Wearables founder and BetaKit senior editor Tom Emrich. “So much has changed since WWTO started in 2014 and this event is a chance for the wearable tech family to get back together to celebrate our growth and share our lessons learned.”

WWTO began in January of 2014 and has grown to become the largest wearable tech meetup of its kind in the world, clocking in at over 6,000 members to date. The community expanded to Chicago and Ottawa last year and Emrich said that there are additional cities in the works.

Among the speakers taking the stage at the July 26 event is Karl Martin, founder of heartbeat authentication bracelet, Nymi; Ariel Garten, founder of brain-sensing headband Muse; Ali Nawab, founder of Kiwi, a gesture recognition platform; and Prashant Matta, associate at OMERS Ventures. OMERS has invested in wearable startups like InteraXon.

“One of the best things I get asked about wearables when I travel to the US or abroad is ‘what is happening in Toronto?'” said Emrich. “The startups we are showcasing at this next event continue to put Canada on the map for this tech sector, and we want to celebrate them and encourage the community to keep growing and innovating in this space.”

The event is also bringing back the original Canadian Google Glass Explorers, who will discuss where they see the smart glasses, HMD, augmented and reality space going based on their experiences walking around Toronto with Google Glass.

July’s event also features the largest demo area ever for WWTO, with 15 startups exhibiting the broad range of wearable startups in the 401 corridor, including those working in virtual reality, digital health, fitness, and coaching. The event is sure to pack the MaRS auditorium with nearly 600 people already signed up to attend.

WWTO is a free event for those that register on meetup. And if your’re debating whether to go or catch Pokemon, WWTO’s got you covered — Emrich has confirmed that they will be setting off lures at MaRS during the event so that you can level up while demoing the latest in wearable tech.

Disclaimer: BetaKit is a proud media partner for WWTO and Tom Emrich continues to write for us to cover wearable tech, including his regular weekly digest The Wearable Weekly.