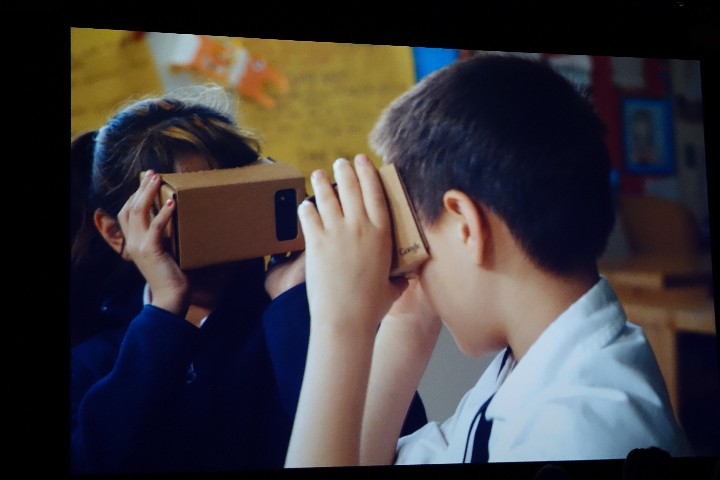 Google I/O was filled with major wearable announcements yesterday but alas, no Google Glass 2.  They did unveil the next version of Google Cardboard and the launch of iOS support for its VR system.

Oculus is getting sued by Total Recall Technologies for fraud. The Hawaii-based company says that Oculus CEO, Palmer Luckey, violated a confidentiality agreement he entered into with the company when Luckey worked there in 2011 by using information in his Oculus Kickstarter campaign.

Jawbone is suing rival Fitbit over data theft. Jawbone is suing Fitbit for poaching 15 of its staff members who reportedly copied intellectual property and trade data onto USB sticks before they left.

Tractica predicts a jump in enterprise and industrial wearable shipments from 166,000 units in 2013 to 27.5 million in 2020 (FierceMobile IT)

Smart Augmented Reality Glasses Shipments to Surpass 12 Million Units between 2015 and 2020, According to Tractica (BusinessWire)

Android Wear now has over 4,000 dedicated apps according to Google (Android Central)

Several Canadian FinTechs have made announcements on the growth of their companies, launching new features and partnerships. Here’s the latest on these company updates….