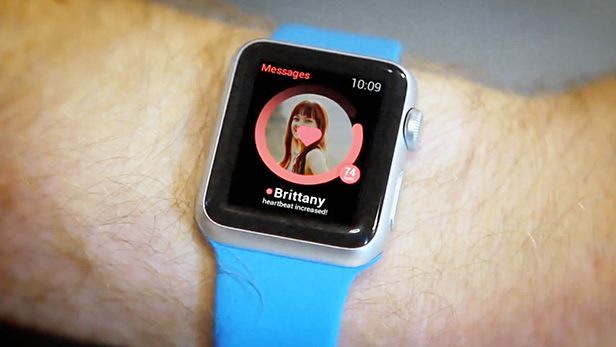 One small chip from IBM could mean a big leap for IoT and wearables. IBM announced this week that they have successfully been able to produce computer chips just 7 nanometers wide. The chip was developed using a new process which uses Silicon Germanium for the transistors and extreme ultraviolet lithography to etch chips.

Three times a charm? Jawbone has filed another complaint against Fitbit making it the third time it has sued the fitness wearable rival in a period of two months. Jawbone is arguing that Fitbit poached employees from its company to steal trade secrets.

Could the Apple Watch help you find love? T3 agency released a concept video for a Tinder Apple Watch app which confirms a match based on your heart rate. The app is good example of what developers are able to do with watchOS 2 which is Apple’s first software update for the Apple Watch which gives developers access to the sensors of the device.

Apple sales in the U.S. have fallen by 90 percent since the device launched in April says a new report from Slice Intelligence (CNBC)

40% of smartwatch shoppers plan to spend $100-$250 on a device, with over 60% of these consumers planning to use this wearable for fitness applications says Parks Associates (Sys-con)

Hook, an app that pushes notifications for anything, launched an Apple Watch app (TechCrunch)

Waterloo-based Nanotech startup NeverFrost lives up to its name

Canadian winters are cold. Bone-chilling cold. Many of us waltz out to the car and grab the snow scraper to remove the frost that…