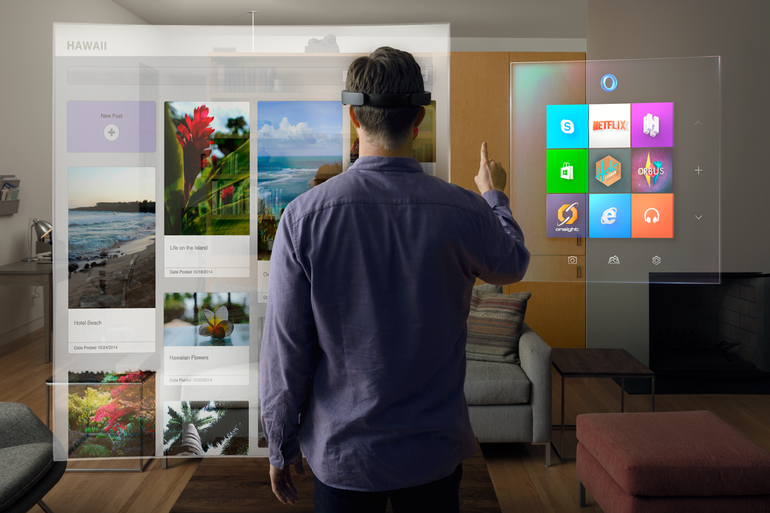 Google Glass 2 is coming and this time it’ll be fashionable. Italian eyewear company Luxottica confirmed that they are currently working on the next iteration of Google Glass, which will be “coming soon.” In addition, the company also confirmed that it is working on its own device in partnership with Intel, which is expected to be available in February or March of next year.

Microsoft demoed applications for HoloLens at BUILD this week. According to Wired it’s “no gimmick” and “one of the most exciting new technologies we have.” Microsoft showed HoloLens in action as a valuable tool for research, education and other professional settings.

VR shipments will create a $2.8 billion hardware market by 2020 according to forecasts from Business Insider (BI)

Caeden has raised $1.6 million in funding to bring to market a screenless leather wristband equipped for health monitoring (Fashionista)

AR company Visidraft has raised a $250,000 seed round led by Hivers & Strivers (DCInno)

GoPro announced they have purchased Kolor, a French company that specializes in virtual reality software (Verge)

Conde Nast announced they have partnered with Jaunt Studios to release two virtual reality series, one scripted and one unscripted, this year (AdWeek)

Samsung has reportedly teamed up with artists such as Romero Britto, based in Miami, and brands such as Z Zenga, Swarovski, Tech21, Anymode and Incipio to help sell its up coming smartwatches (Techno Buffalo)

Toronto-based healthtech startup Mednow has closed its initial public offering, raising approximately $37 million CAD at a price of $6.75 per share. The company…