Perseverance was the theme of the night as three female tech business leaders spoke to a full room at the THINK innovation hub in downtown Vancouver on Women’s Entrepreneurship Day. The event was held as part of Global Entrepreneurship Weekend, inviting female founders and executives like Tanis Jorge, co-founder of Trulioo; Caroline Dunn, COO and CFO from Vivonet; and Angela Robert, co-founder of Conquer Mobile. They shared their journeys and some advice on how to hold on while on the entrepreneurial rollercoaster.

If you believe in the business, you’re going to need a strategy

After starting and selling three companies with her co-founder — and gaining little at the end each time — Jorge was finally able make it with Trulioo, a global identity verification company. Being more strategic was the key to success.

“Every time that we built our businesses, we did not give ourselves a salary and we just plowed through,” Jorge said.

“Forget perfection. Just get it out there and get that feedback. Forward momentum is critical.”

By the time the founders got to Trulioo, they started to realize this approach wasn’t necessarily optimal. “It took us a year and a half to raise any money. We had a development office in Vancouver with three employees and on the day that our cheque for our seed fund arrived we literally had only enough money to last us the month.

“Our employees didn’t know it at the time but we had already both put in our own money. We had decided this was going to be the last time we would do this. Be very strategic and plan your business, but really believe in what it is you are trying to do.”

Perfection is the enemy of the good

Vivonet is a hospitality app for restaurants. While Dunn has never been an entrepreneur herself, she thrives on being able to work alongside entrepreneurs. In her time working with early stage startups, she has become sure of one thing: perfection is the enemy of the good.

“With women especially, we like for everything to be perfect, to be just right before we can show it to other people,” Dunn explained. “But forget perfection. Just get it out there and get that feedback. Forward momentum is critical.”

Agile development technologies allow companies to build that fast iteration into their process. Particularly with digital marketing and social media, startups are able to get input directly from customers, so companies just need to get out there and get that feedback, she added.

Hope is not a strategy

It’s important to get the feedback you need to refine your product and business model, Robert said.

“Two years ago we found two products that really matched our strength, ability, and passions. One was an emergency room app that notified doctors to go see their patients. The other one was an education application with a group that had done a brain surgery simulator. So I looked at the technology and I thought, how will I bring this product to market?”

Robert aimed to get a prototype up and running and in the customer’s hand as soon as possible. To do that, she would need to get some early feedback – not an easy thing to do with an early-stage product. “With the education app I was able to get around 300 validations from people in the medical field within three months, so we went with that. When you are constantly getting that feedback it really helps you as an entrepreneur moving forward.” 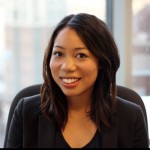 Charis Whitbourne is a PR practitioner and writer keen on discovering all that technology has to offer.