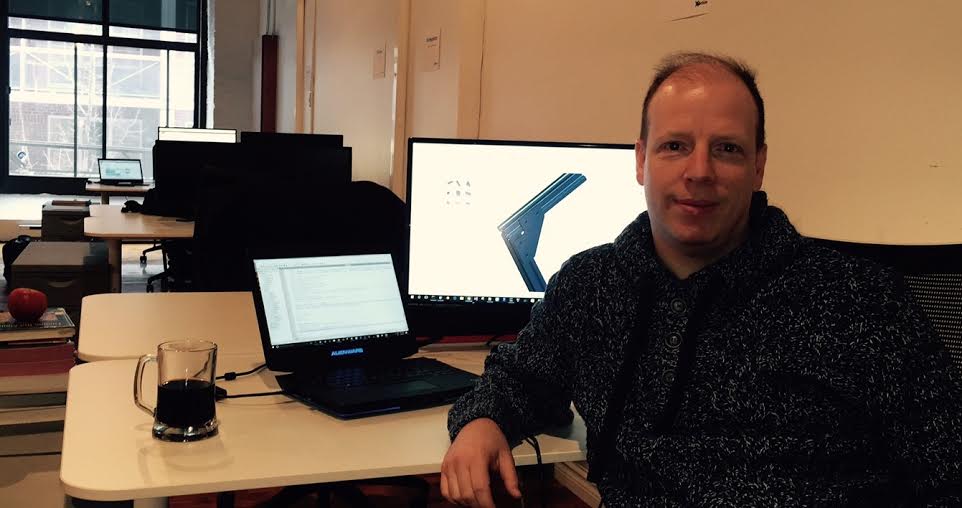 Montreal-based Vention has announced that it is launching its 3D MachineBuilder to the public for the first time on the heels of a $3.5 million seed round.

The round was led by White Star Capital, alongside previous investors Bolt and Real Ventures. Angel investors include Jon Stevenson, CTO at Stratasys and former CTO at GrabCAD; Louis Tetu, current CEO at Coveo and former CEO at Taleo; and Rob Stevens, CRO at Tive and former VP of sales and marketing at Kiva Systems. Launched in beta in February 2016, Vention’s platform allows users to design and build custom industrial equipment through a web browser, and promises to ship parts the next day received in a flat-pack box.

“We’re seeing a new class of users that aren’t 3D experts that still need a machine because maybe they’re test technicians, and what they care about is the test results.”
– Etienne Lacroix, CEO of Vention

Speaking with BetaKit, CEO Etienne Lacroix calls their technology ‘Industrial Lego,’ and said that this process — conceptualization, ordering, and assembly — traditionally would take four to six weeks. But with Vention’s platform, users can watch as the software predicts which parts will fit into its design, while also getting access to a public library of over 200 public assemblies including cartesian robots, assembly jigs, and test benches.

“The main benefit is now you look at the equipment that we design and manufacture, and the whole workflow considered, they cost about 40 percent less because we shrink the engineering content of that equipment to the bare minimum,” said Lacroix.

Vention’s software targets technicians that may find roadbumps in their testing process because they rely on someone else with expertise in building 3D parts. Lacroix compares Vention to the creation of WordPress; while developers weren’t a fan due it being HTML-buggy, people like marketers were adopters because it meant they could launch websites much quicker. In the same way, Vention promises to reduce engineering hours.

“Unless you’ve walked a manufacturing floor before, it’s not something easy to grasp because a lot of people haven’t seen this equipment,” said Lacroix. “But keep in mind for products that we use everyday, like a computer screen or iPhone or the chair I’m sitting on now, there’s even more machine or product custom design with the sole purpose of either testing or manufacturing the goods we know. And that’s the space we’re in.”

“We are now entering a new phase of development with a greater focus on design automation, large assembly management, and In-CAD industrial automation.”
– CTO Max Windisch

Marketing a product at the intersection of software and hardware is difficult, especially to a population that may be accustomed to the tools they’ve been using at work for years. Toronto-based Upverter is anexample of a similar company that underwent several product iterations before it ultimately sold to Australia-based Altium, and was vocal about the challenges associated with this industry. Lacroix also acknowledges these challenges, and says the company leverages its ease of use — and the expertise of a team with experience in workplaces like McKinsey & Co, General Electric, Microsoft, and VMware.

“We’re seeing a new class of users that aren’t 3D experts that still need a machine because maybe they’re test technicians, and what they care about is the test results. But they can’t get the test results until they have a test bench, and they were bottlenecked by someone else.”

The company plans to use the funding to invest in its public assemblies feature, so that users don’t have to build parts from scratch. And while the company has most of its clients based in the US, Lacroix says they’re committed to staying based in Canada due to the strength of Montreal’s engineering and hardware industry.

“Over the last 12 months, we established the foundation of a new category of CAD software. Our sole focus on machine design combined with tight hardware component integration enabled us to build an array of intelligent and automated features that could never have been possible with traditional CAD software,” said CTO Max Windisch.”We are now entering a new phase of development with a greater focus on design automation, large assembly management, and In-CAD industrial automation.”