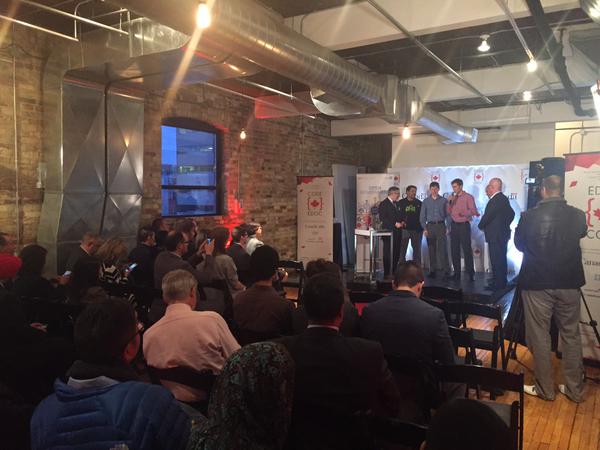 The Canadian Open Data Experience (CODE) kicked off its 48-hour hackathon last month and the event once again was a massive success. Last year the government declared it to be the “largest competitive hackathon in Canada” with over 900 developers pining for their app to claim the cash prize, but this year saw “a record-breaking 1303 participants” who created 125 different apps.

As previously reported, CODE asked developers to focus on three categories of apps — Youth, Commerce and Quality of Life. After a tough battle, five finalists from each category were chosen to compete for $40,000 in prizes.

At an event in Toronto, Tony Clement, Canada’s President of the Treasury Board, announced the winners for each category:

Fan Favourite Voting competition award goes to Team “Bear Paws” who participated from the BCTIA (BC Technology Industry Association). As for the best student team came, this was awarded to the SFU Data Crunchers.

Each category winner scores $5,000 in prize money, and the student and fan favourite awards also receive $5,000. The “Grand Champion” also secures an additional $15,000 in cash.

HotelTonight, the San Francisco-based hotel booking application, is now offering deals in Vancouver and Whistler. The “made for mobile from the ground up”  platform offers…