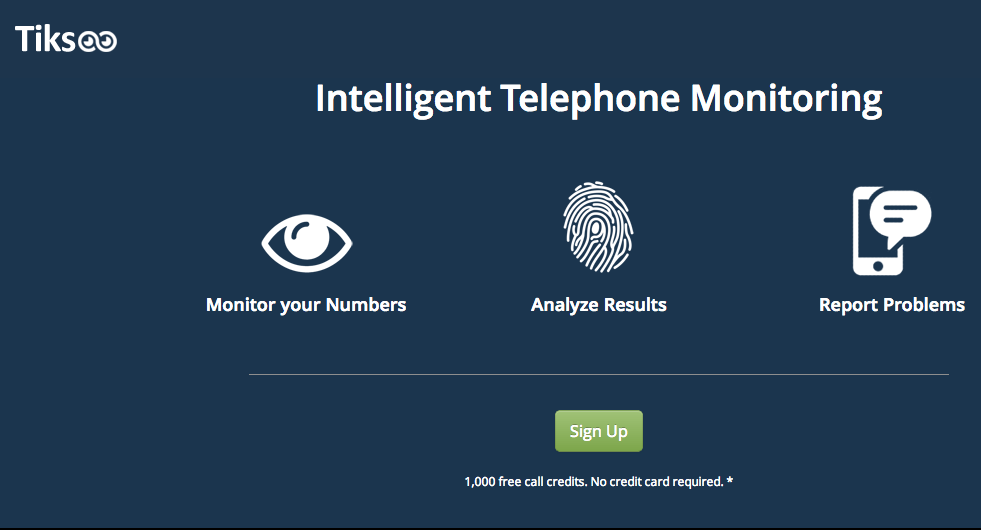 It may not be the sexiest space, but Windsor-based phone number monitoring platform Tiksoo can save businesses thousands of dollars.

Cofounded by Derek Watts and his business partner, the pair spent nearly a year developing a proprietary acoustic fingerprinting technology that monitors companies’ telephone numbers, alerting them to any deviations.

“Let’s say you have 500 or 600 phone numbers coming into one call centre and you need to make sure nothing happens to them if a Bell or Rogers screws something up, and your customers are getting the wrong call scripts: that’s what its built to prevent,” Watts told BetaKit. “Basically it’s a telephone monitoring system and it calls your phone numbers, creates condition calls and then will call at a set frequency and compare the recorded call with the conditioned call to make sure they match.”

It doesn’t sound too exiting, but Watts has some horror stories that would make CEOs cringe. He was once dealing with a company that had about 800 phone numbers in use. The company’s telecom provider switched around about 50 numbers in the middle of the night. “The next morning all the call agents came in and the company didn’t fund out until noon that all those calls were terminating to the wrong call script,” said Watts. “They lost tens of thousands of dollars and breached their service level agreements that they had in place with some of the companies that they represented.”

Basically, Tiksoo makes you the first to know when your customers can’t reach you. It will test a phone line anywhere, from every hour to as often as every minute according to the clients needs. Then they’ll detect when inbound calls are failing, alerting clients via text and/or email.

The pricing varies per the type of client, but for a business with one phone number it would cost $5.71 per month to test the phone line every hour between Monday to Friday, 9-5.

Watts and his cofounder tried working with another service before they built Tiksoo, spending three months, “trying to get it to work without constantly throwing out false positives. Needless to say, it was abandoned.” Like many entrepreneurs, the pair solved a problem they had after figuring out that nothing better was available.

Watts has been a software developer for ten years while his cofounder carries the telephone networking background.

The plan for Tiksoo now is simply to get the word out to more clients that its solution exists and it can save them a few headaches. Once the word is out, Watts said he’ll look towards brining on a few more employees.