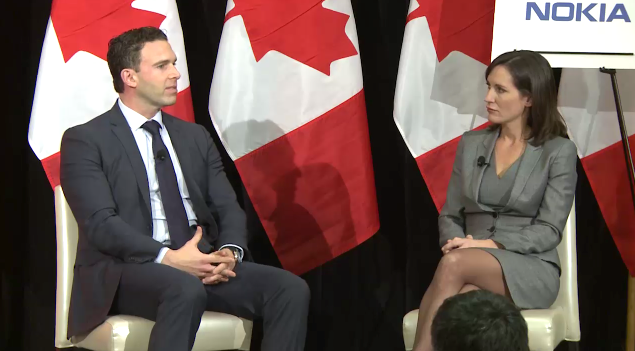 Yesterday, The Empire Club of Canada hosted an hour long conversation with WIND Mobile Chairman Tony Lacavera. While the conversation was wide ranging, and obviously touched upon WIND’s place in the Canadian telecom market, Lacavera also discussed the realities of fundraising in Canada.

Lacavera required over $1 billion in committed capital to build the infrastructure to launch WIND, but as he explained, Canada was not the place to find it.

“I could not find that money domestically in Canada – not anywhere close to what was needed to make a go of it,” he said.

Instead, Lacavera secured major investment from an Egyptian-based company, which led to many legal and regulatory challenges. That said, Lacavera was still bullish on the idea of raising capital outside of Canada.

“I tell young entrepreneurs all the time that you need to not restrict yourself to Canada when it comes to capital.

Lacavera went so far to say that Toronto is “a very small city, with limited capital for early stage companies.”

Lacavera did show some love for the motherland, saying that “there are a lot of investors that want to invest in a great place like Canada.”

You can watch the full interview here.

Canada’s Year of Sport just got bigger. Ryerson and Rogers have embarked on a quest to find the “Next Big Idea in Sport” through…