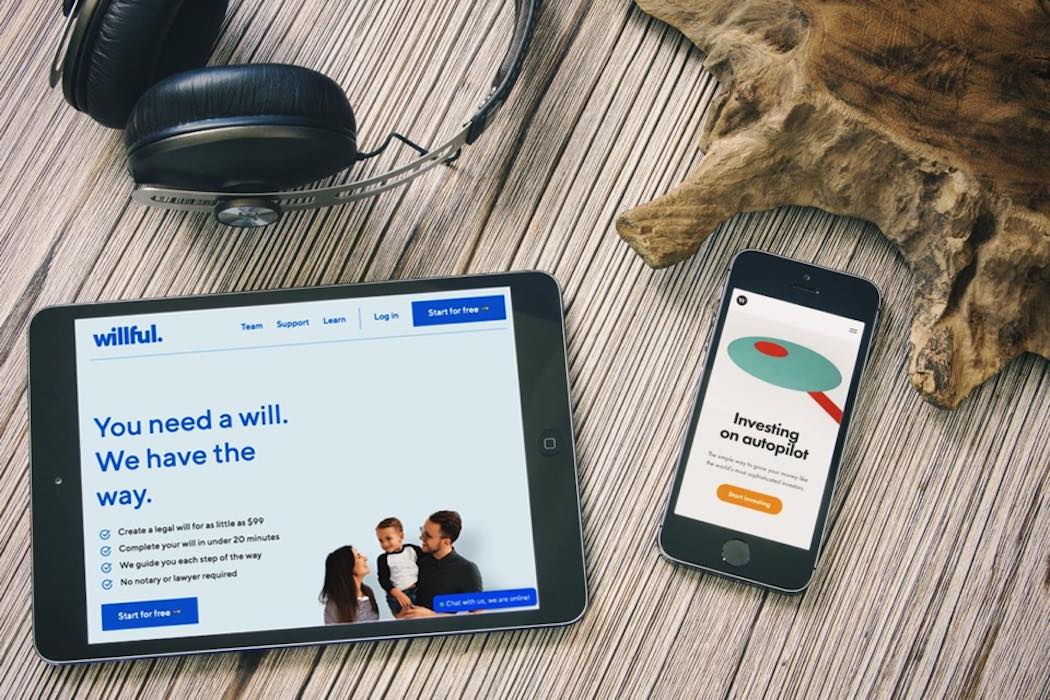 “We’ve partnered with Wealthsimple to make it easier for parents to check these things off their to-do list online.”
– Erin Bury

Online investment management service Wealthsimple claims to have created the first fully-digital RESP option in Canada that involves no paperwork or bank branch visits. It says its RESPs are invested in low-cost, diversified portfolios, allowing education savings to increase over time. The RESP contributions receive matching grants from the government, and some families could be eligible for additional funds. With Willful, the two companies also plan to help Canadians with end-of-life planning.

“It’s crucial for parents to have a solid estate plan in place since if anything were to happen to them, it outlines who would care for their minor children and how they would receive their inheritance,” said Erin Bury, CEO, Willful. “But we know that the last thing new parents are likely thinking about is creating an estate plan or taking care of other financial tasks because time, and sleep, are at a premium.”

Willful, launched in 2017 in Toronto, aims to help Canadians create a customized, legal will online in less than 20 minutes. It guides users through a series of questions about their unique life situation, allowing them to outline their executor, guardians for minor children or pets, beneficiaries, specific or charitable gifts, and burial and funeral wishes. The company allows users to create or update a will for under $250.

“We’ve partnered with Wealthsimple to make it easier for parents to check these things off their to-do list online, providing peace of mind for Canadian families by empowering them to make better financial decisions without breaking the bank,” Bury said.

Bury told BetaKit the partnership was something the companies were looking to do for some time. As a Wealthsimple customer, she said she admired how CEO and co-founder Mike Katchen built a brand around simplicity, content, and education, with a digital focus.

“We have the same values at Willful, and have been trying to find a way to partner the two brands up for a while,” Bury told BetaKit. “It seemed the easiest place to start was by focusing on parents, since becoming a parent event is the number one life event that brings people to Willful to create a will, and Wealthsimple launched their RESP product in 2017.”

Bury added that Willful, which also launched in Saskatchewan this week, is looking to forge more industry partnerships, ideally with a life insurance provider to help its users cover the three bases of end-of-life planning: wills, RESPs, and insurance.

“An RESP is one of the best personal finance deals out there, it’s essentially free money from the government for your child’s education,“ said Michael Allen, portfolio manager at Wealthsimple. “Setting one up is a financial must-do for parents, as is drafting a will. With online services like Wealthsimple and Willful, these tasks can now be checked off your list during nap time.”

Wealthsimple recently secured a $100 million investment round last month, marking the first time in four years the company brought in an independent investor. At the time of the announcement, Wealthsimple’s Katchen told BetaKit that the company owned 70 percent of the ‘digital advice’ space in Canada, at the time. Katchen said his goal is to get Wealthsimple to the size and scale it needs to go public.

At a board of directors meeting on Thursday morning, Waterfront Toronto agreed to move forward with Sidewalk Labs on the development of the lakeside…