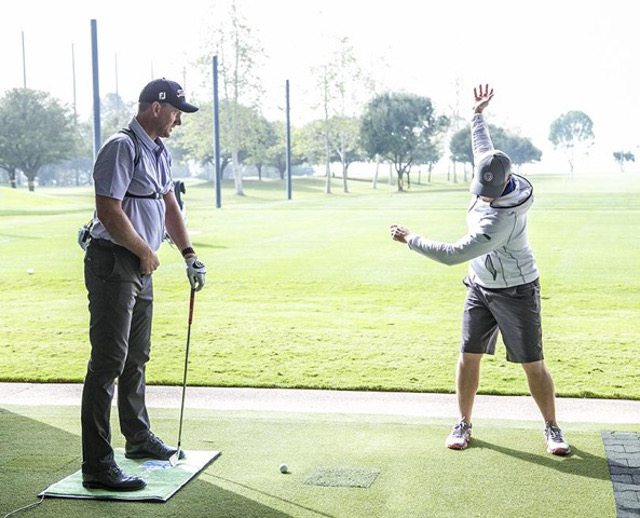 They say growth begins where your comfort zone ends.

A pair of Canadian entrepreneurs are applying that advice to the business of sports data. John Thorp and Joe Shuchat have taken their startups, Winnipeg-based BodiTrak Sports and Toronto’s Winning Identity, to St. Louis in order to explore global markets and accelerate business growth by joining innovation hub Stadia Ventures, which helps early-stage sports businesses get off the ground.

“The St. Louis community was instrumental in helping us get started,” said Shuchat, Winning Identity’s co-founder. “I would encourage any startup to look at St. Louis as a place to grow their business.”

BodiTrak Sports’ president Thorp is equally optimistic: “Now that we are fully commercialized with our systems in use daily, our St. Louis office is allowing us to build out a dedicated team and accelerate growth into sports medicine and baseball,” he said. BodiTrak opened its St. Louis office in June.

For Shuchat, the move to St. Louis has already born fruit: in May, Winning Identity was bought out by Carlsbad, California-based swing analysis and bat sensor company Blast Motion for an undisclosed sum. Neither company would provide any details, only that Blast makes “periodic acquisitions and purchases” that are in keeping with their “strategic vision.”

“We’ve been extremely impressed with the calibre coming out of Canada.” – Tim Hayden, Stadia’s managing director

Thorp has good reason for confidence that his thrust into the US will pay off as well. According to a 2015 Compass Report, startups with more than 50 percent foreign customers grew 2.1 times faster than those that focus on local customers. And a Harvard Business Review article states that top-ranked business accelerators significantly increase the success rate of startups.

Winning Identity and BodiTrak were the first two members of Stadia’s new business development program, Stadia Next, which provides mentorship, management advisory, and staffing help. “Both companies have synergies between themselves and tremendous traction in the golf industry where we can bring a lot of talent to bear,” said Tim Hayden, Stadia’s managing director.

Boditrak Sports, started in 2014, builds portable mats for golfers to stand on while practising their swings. Resembling doormats, they track foot movements through sensors that measure pressure. This tells golfers and their coaches how to improve the positioning of their feet, legs, and waist via a smartphone and desktop app. “We make individual research attainable, affordable and actionable,” said Thorp, who worked for a venture investment firm before joining the company two years ago. BodiTrak claims to have more than 1,000 customers in 20 countries.

Winning Identity also specializes in golf software, including user management, swing analysis, goal setting, and video sharing. “Thanks to our analytics, we can even recommend the optimal equipment,” said Shuchat, who started the company over three years ago. He says Winning Identity’s sales topped $500,000 last year with over 125 golf academies using its software and over 26,000 users in some 20 countries.

Aside from the opportunities in the big US market, Stadia’s program played a pivotal role in persuading Thorp to set up shop in St. Louis. “It was such a good fit right off the bat that there was no question about whether we were going to look around for other institutions,” said the 29-year old, who played hockey, soccer, football, and lacrosse through high school. “My whole block became used to the noise of stick handling in my parents’ driveway,” he remembers. His father even installed floodlights so Thorp could play after dark.

Shuchat’s playing days didn’t end quite as soon. Picking up golf at age six, he played competitively through his early 20s and spent two years caddying and coaching on the PGA and Web.com Tours. Now 28, he still works with a few pros on the side. His favourite golfer (“without question”), maybe not surprisingly, is American Tiger Woods.

Stadia’s Hayden, a St. Louis native, started Stadia a little over a year ago with the aim of grooming top executives for sports startups. “We are unique in that we invest up to $100,000 and drop the founders into an immersive business development boot camp,” he says.

Typically supporting early stage, growth-driven companies, accelerators promise to compress years of learning into just a few months of doing. “The best accelerators are starting to focus on specific niches,” said Hayden. “It allows you to bring to bear the best mentor talent and curriculum for that specific industry and startup.” Only one sports and media accelerator — Toronto-based Zone Startups Sports — has been set up so far in Canada.

Investors like Brad Feld, co-founder of Boulder, Colorado-based TechStars — which was ranked second-best in the US behind Y Combinator by TechCrunch — say the biggest benefit of accelerators is the potential to grow a venture quickly through intensive learning.

Before it joined Stadia Next, Winning Identity was part of Stadia’s inaugural accelerator cohort and received $50,000 in exchange for equity. At the latest finalist pitch day this March, Thorp and Shuchat were among 70 judges who chose the accelerator’s spring cohort. Other judges came from such blue-ribbon sports entities as Real Madrid, the San Francisco 49ers Venture Group, and Amazon Sports. “Stadia created introductions to several companies, including IBM,” said Shuchat, who signed a commercial agreement with the software giant to help golfers assess their personality and find out how it might affect their game.

Hayden said it is Stadia’s expansive network in the golf industry that is making many of these partnerships possible.

“Locals have a rolodex of business culture, partners, salespeople, and marketing expertise,” said Jean-Francois Gauthier, head of business development at research firm Compass. Focusing on US customers from the onset and organically developing US-based sales and marketing teams allows startups to develop a knack for global customer needs, he said. “American customers are up to date and ahead of all other customers on what the global unmet needs are right now.”

But many Canadian startups routinely send Canadians south on sales trips instead of hiring locals, according to Gauthier. “They may hire some Americans or Canadians living in the US, but those teams are too often managed by Canadian executives.”

Thorp and Shuchat decided to have Stadia manage their sales and support to capitalize on the booming US sports analytics industry, estimated to grow to USD $4.7 billion over the next five years, according to Market research company WinterGreen.

Data-driven decision-making has become an integral part of sports — from fans consuming massive amounts of analytical content, to fantasy sports and websites like FiveThirtyEight, which analyzes statistics to predict the outcomes of games. Says Shuchat: “The pro tour golfers we work with will do anything that makes them at least one per cent better.”

Thorp and Shuchat attended high school just two blocks away from each other in Toronto, giving them an immediate bond when they met for the first time in St. Louis. The Canadian entrepreneurs’ encounter in Canada’s neighbor to the south didn’t just result in a friendship, it also paid dividends for their businesses: it was Thorp who introduced Blast Motion to Shuchat as a potential client, which made the acquisition possible in the first place.

In spite of his allegiance to the maple leaf, Shuchat said entrepreneurs in the golf industry are better off growing their businesses in the US. “In Canada, the sport is seasonal and there are only 35 million people in the country as a whole. In the US, 26 million people played a round of golf last spring alone.”

Hayden said he expects more foreign startups to join St. Louis’ emerging sports entrepreneurship ecosystem. “We’ve been extremely impressed with the calibre coming out of Canada,” he notes. Besides Winning Identity and BodiTrak Sports, Hayden says he has had ‘great conversations’ with a dozen other Canadian startups since launching Stadia.

Thorp is convinced his move to St. Louis will pay off just like Shuchat’s did. “It allows us to keep building our businesses and opening up to the world, while keeping the nuts and bolts in Canada,” said Thorp.

Back in December, Toronto-based raised $5.4 million in seed funding to accelerate the launch of its Canadian lending marketplace, which allows institutional lenders to…