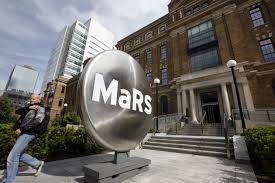 Startups are often the subject of acquihires: one company buys another for their talent. The trend of acquihires speaks volumes, and what is says is that engineers can be more valuable than a product, capital assets or IP.

In light of the the recent MaRS scandal, startups should look at “acqui-firing” government. Acquifiring can also speak volumes. What it should say is that government policymakers are worth less than their programs.

In fact, they’re a liability.

The recent MaRS scandal and ensuing debate over government policies to foster startup innovation prompted me to sit down and write out my thoughts. I’ve been working with several politicians in Manitoba on policies for startups (as well as the C100) and have worked with several startups in the Canadian market looking for exposure in Silicon Valley. Several have even made the move after my introductions, so I feel pretty close to this issue.

Over $550 million dollars is reportedly set to be invested in a real estate development for “high-tech” government agencies in downtown Toronto. This investment by the Ontario and federal government has been defended by many who are unilaterally in favour of government help to startups. The MaRS scandal is a prescient reminder of the place that government holds in Canada’s startup culture that should be viewed through a critical lens. Half a billion dollars towards real estate is not the right path.

If we look at the world of government programs from a lean startup point of view, there is no such thing as an MVP. Rapid experimentation and lean startup principles are non-existent. Instead, one-size fits all policies are employed. Canadian entrepreneurs are looking for help. They battle with the power of Silicon Valley, L.A. (Silicon Beach) and NYC (Silicon Alley). Canadian markets are at a disadvantage to the flow of capital moving through the U.S. startup meccas. Canadian policy, it seems, are saying “these entrepreneurs need real estate”.

In reality, they don’t need real estate. They don’t even need massive amounts of capital. The real value of NYC, LA and SF is not the real estate, nor the capital.

Governments around the world are beginning to see the value of a support model. Whether one looks at Stockholm’s STING (Stockholm Innovation and Growth) program or Chile’s highly successful Start-up Chile accelerator, the formula works.

However, the formula for designing the Canadian startup ecosystem seems to be large scale real estate with unstructured capital that will lead to billion dollar startup exits.

Developer education can only come from a concerted effort through university computer science programs, coding in public schools at an early age and developer bootcamps. The last of which should be emphasized. Developer bootcamps styled on the massively popular programs pioneered in San Francisco have graduated 8,000 students in the last year. Dev bootcamps pump out developers in massive quantities, as a result of their nine to 12-week programs focused on only the most valuable languages and frameworks. Go to San Francisco and meet the 17 year olds who can build a mobile app after only eight weeks. As a friend and mentor to the Thiel Fellowship network, I’ve seen first hand the value of community and developer education for the youngest of Silicon Valley creatives. Developer bootcamps get young coders the education to enroll in hackathons where they meet like-minded coders and build amazing products.

Core to early stage capital in emerging venture markets is the structure around capital raises. Capital can come from angels, VCs or “friends and family” but the capital that has the highest ROI is from accelerators. Accelerators offer teams of passionate coders a chance to make it. New grads from accelerators and hackathons can take opportunity to devote 2-3 months and build a product. Developer bootcamps and accelerators working together to provide local education then capital, are you starting to see how this goes!

The combination of coding skills and the time to collaborate on an idea is the very essence of what drives innovation in startups, and these accelerator programs don’t need to be hugely capitalized. Even a $20,000 equity infusion into 40 companies would suffice in giving an ecosystem the the right platform for growth. The word “pivot” should be heard hundreds of times at a well-executed accelerator program, as it’s not expected any entrepreneur nails it right the first time.

Government bureaucrats shouldn’t be creating policies for coders – it’s against their very nature. The coders who build apps that change the landscape of industries are counter-cultural. They are radical in the way they view the world and react to it. If governments are making an attempt at fostering innovation, there are a few things they should consider. The key factors for policy makers to understand are the elements in the overall ecosystem which entrepreneurship necessitates. Starting with coding education, strong capital fundraising resources (small scale) and supportive community.

When there’s enough talented coders working and experimenting together, it’s a powerful, disruptive thing. The results are bound to impress as they have in other countries with similar programs. Regardless of whether what I’ve outlayed is ever taken into action, what one can be sure of is that half a billion dollars towards real estate is not the right path. 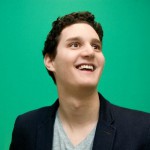 Simon Burns is a "good old Manitoba boy" living the dream as an entrepreneur in San Francisco. His resume includes stints at Launch.co and Quant Connect.