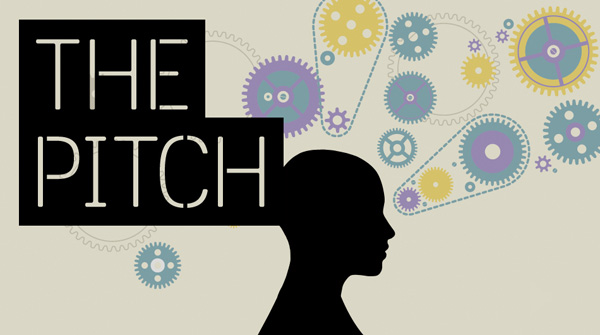 I’m a huge sports fan and I’ve always found interesting the concept of “scouting”, where professional sports teams spend hundreds of thousands of dollars every year in search of the next great player.

For hockey scouts, teams will routinely fly them out to rickety arenas in the middle of nowhere, in places like rural Russia or Belarus. There they’ll watch a player and meticulously scour over every detail, often making notes about some 17-year-old goalie who’s showing unusually high instinct for his age, which ideally can be translated to the pro ranks with the proper guidance. Modern professional sports teams spend extravagant amounts of capital to find their next money-maker.

So there I was last night in the Griffintown area of Montreal at Startup Canada’s Startup Mashup, an event that half served as Startup Canada‘s official Montreal launch, and half to give 12 unproven tech startups a chance to impress a couple huge clients. The clients were Canadian Tire (which has made its efforts to tap into Canadian startup innovation abundantly clear over the past year) and Cromwell Real Estate, the swanky company that makes money by renting properties and making them nicer.

Many startup pitch competitions can be fun to watch. They’re comical at times, completely inspiring at others. Most of the time I wish I had my bag of popcorn, because the results can be hilarious. You get a mixed bag of young and old entrepreneurs who get up in front of 50-100 people, fumble around with their powerpoint presentation for 10 minutes, and finally try and explain in excruciating detail why someone should invest money into their idea.

Sometimes you get humble venture capitalists who are genuinely interested in the next great technology, themselves geeks in their spare time. Guys like iNovia Capital’s David Nault or FounderFuel’s Ian Jeffrey. Other times you get the corporate VP guy who takes the event way too seriously and plays the poker face all night, assuming that to receive their business card is akin to a ticket to freedom. Like they just propelled a young man or woman from shoe-shining in a Rio de Janeiro slum to the front office of Facebook.

And then the pitches come

Some are okay, some are, well. Some are brutal, even though the technology can be promising. Why can they be poor? Because the guy/girl is standing there literally shaking with nerves, fumbling words while trying to explain some flow chart that the company rep is squinting at with noticeable difficulty. And that’s not even considering the actual content of the pitch, and the choice of words.

Out of nowhere though, just like that 17-year-old Russian goalie who showed a glimmer of professional-calibre reflex, some 27-year-old gets up on stage and succinctly and confidently explains why his technology will help a massive company trying to keep up to speed with constant technological changes.

The entrepreneur flies through the pitch, looking at the VC or company rep in the eye and perfectly vommunicates why they know that their solution can solve an actual problem (and not just an itch).

I used to think Ian and John were telling stories

I work in the same building as FounderFuel‘s Jeffrey as well as the Real Ventures partners, and a disproportionate amount of the FounderFuel accelerator program is devoted to teaching its startups how to pitch. When I first started working here I couldn’t really get why Jeffrey and Real Ventures partner John Stokes took the art of the pitch so seriously. (In fact, just a few months ago the pair flew around Canada to select cities holding free “Pitch-IT” workshops).

If the startups were really so good, why do they need to get up on stage and recite a five minute spiel? Wouldn’t their product speak for itself? Wouldn’t they eventually find some way to sit down with a VC and show them their prototype? Well, no, it’s not that simple. Teams have a limited number of chances to impress the right people. When executed right, a good pitch can help a lot.

Case in point: last night a Canadian Tire exec stands up and tells the crowd that one of Canada’s oldest, most recognizable brands has made a bet on startups. They’re competing with global giants like Walmart and Amazon and they’re not going to just fall over. They’re actively scouting out and trying to take advantage of the next great technology that will make their customer’s experience better, while improving understanding of their customers’ habits.

This is a company that has a store within a 15 minute drive of 92 percent of Canadians. 92 percent! And they don’t sell anything online, the company rep told the crowd. Oh, and by the way: Canadian Tire will be rolling out an ecommerce strategy in the next five to six weeks. What an opportunity for six startups that got the chance last night to explain why Canadian Tire should do business with them.

One of the first few people who pitched Canadian Tire was so nervous he was literally shaking. His voice was quivering as he sought to explain his technology. The technology, for all we know, could have been amazing. And it looked interesting if you paid enough attention. But the poor guy’s pitch just wasn’t convincing. Canadian Tire exec gives his business card and mutters something that indicated he might email them. He probably won’t.

Pitch 2: The really confident guy who doesn’t explain his business

The next pair of entrepreneurs came from Serbia and have offices in both Montreal and Belgrade. The young entrepreneur blazed through his pitch, dripping confidence. We didn’t actually know what his technology did, but the pitch was thoughtful, convincing and confident. It’s safe to assume that these guys will soon be sitting down with Canadian Tire reps.

Jeff Dungen of Montreal startup reelyActive was next, the former FounderFuel graduate who has had to perfect a pitch revolving around concepts that aren’t very easy to explain. Being unconfident just wasn’t a possibility. He’s had to do this thing so many times before in the “Internet of Things” hardware space, which still might be a few years before its time. Dungen had just caught the red-eye from San Diego where he had to pitch at another event, but it didn’t show.

Dungen explained how Canadian Tire store execs could gain real insights about people’s shopping behaviours and habits at brick-and mortar stores. The data can be used to make actionable decisions relating to the shopping experience (and it isn’t too expensive either). The pitch was perfect.

Easily the most enthusiasm to a pitch was shown after Dungen’s five minutes to shine. There’s no guarantee what happens next, but we expect the entrepreneur to be chatting with the big company quite soon.

When people call it this type of stuff part of the “startup ecosystem”, it makes sense. It is an ecosystem, because while million dollar  venture capital deals are being signed with startups with millions of users, a bunch of people are at some event on a Thursday night, drinking their two free beers, watching 12 startups pitch to a guy with money. And one of those startups might get some of that money. That’s what its all about, isn’t it?

Austin, Texas-based Favor, which launched in Toronto in August 2015, has shut down operations in Toronto. In Canada, the company rebranded itself as Favour….