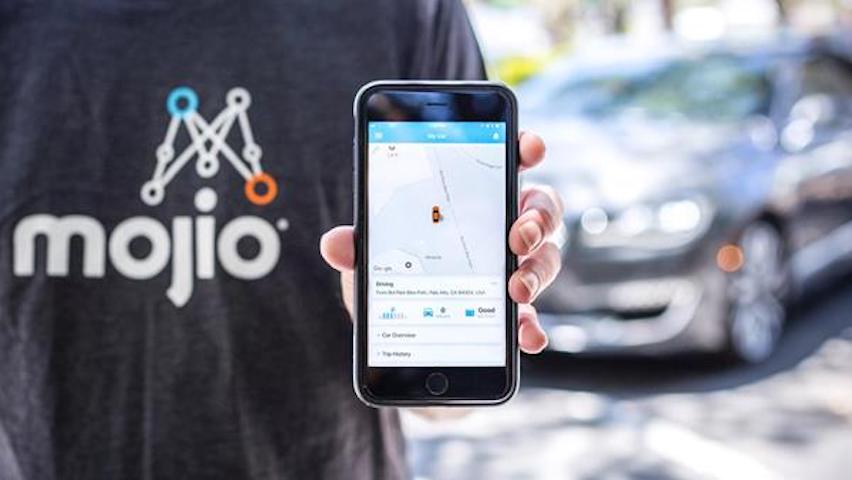 Mojio has announced, yet again, its Series B funding round.

Early yesterday, the connected car startup announced the close of an oversubscribed Series B funding round of more than $52 million CAD ($40 million USD). Mojio stated in the release that the round included strategic investment from Assurant, Bosch, and T-Mobile. It also noted that the round was led by Kensington Capital, with participation from Trend Forward Capital, Innogy Ventures, as well as re-investment from Series A investors, Amazon Alexa Fund, BDC IT Venture Fund, Deutsche Telekom Capital Partners, and Relay Ventures. The story was covered by multiple outlets, including VentureBeat, The Globe and Mail, and PE Hub.

This is not the first time that Mojio has announced this Series B funding.

The Vancouver-based company first announced a $30 million CAD ($23 million USD) Series B in November 2017 to support the growth of its software-as-a-service (SaaS) connected car solutions. Kensington Capital led that round.

At no point in the company’s announcement yesterday did Mojio make it clear that the $52 million CAD was not net new funding, but instead the company’s fundraising total over the last two years.

Mojio’s announcement yesterday did not indicate that $23 million of its now $40 million USD round was actually raised 15 months ago, but a representative of the company confirmed this to BetaKit when asked. VentureBeat, The Globe, and PE Hub also reported as such.

What those outlets failed to catch, however, is that the remaining $17 million USD is not new funding either. BetaKit has now confirmed that all but one of the investors listed above and in Mojio’s release have been previously announced by the startup.

In March 2018, BetaKit covered news that Mojio had received ‘top-up’ funding for its Series B from Iris Capital and Telus Ventures. At the time, however, it did not disclose the amount of the new investment.

BetaKit has confirmed with Mojio that the majority of the $17 million USD remaining in its Series B came via the announcements noted above between November 2017 through to September 2018. The only new investment, not previously announced, came from T-Mobile, which according to Mojio’s CEO Kenny Hawk, was via a strategic investment at “the end of 2018.”

At no point in the company’s announcement yesterday did Mojio make it clear that the $52 million CAD was not net new funding, but instead the company’s fundraising total over the last two years.

Hawk told BetaKit it wasn’t Mojio’s intention to misrepresent its Series B round. “Our intent was to do a round up of a round that hadn’t been completely closed,” he said, noting that after its close in November 2017, several strategic investors wanted to join. “[Mojio was] super happy to get these strategics in, as well as add a lot of money and a lot of value.”

Hawk also told BetaKit that with T-Mobile joining as a strategic customer and investor in late 2018, Mojio “wanted to” hold off on announcing its investment until after the publicly traded T-Mobile had completed its own quarterly announcement.

BetaKit spoke to multiple Canadian investors familiar with the company as to why Mojio would re-announce its funding in the way that it did.

These VC industry insiders agree it is uncommon to see this type of re-announcement so late after the capital had been committed. These sources also confirmed that the length of time surrounding Mojio’s Series B is also uncommon. The majority of the funding for Mojio’s Series B was raised throughout 2017, with the top-up and strategic investments occurring for another year, ending in late 2018. While a VC fund might close investments over multiple years, BetaKit’s sources stated that it is odd for a startup to reopen a round or accept investments for longer than six to nine months, let alone 15.

Crucially, while committed capital in a VC fund might wait years to be deployed, funding raised by a startup is designed to be spent. A Series B that has dragged on for at least 15 months begs the question of how much of the $52 million CAD Mojio raised has already been spent.

A Series B that has dragged on for at least 15 months begs the question of how much of the $52 million CAD Mojio raised has already been spent.

A company’s burn rate is calculated by subtracting its operating expenses from its revenue. Those operating expenses would include IT, R&D, office rent and supplies, sales, marketing, and employee salaries and benefits. Mojio confirmed to BetaKit that it currently employs around 100 employees, with an approximate 50-50 split between its downtown Vancouver and Silicon Valley offices. In January of this year, Mojio announced two different product releases with strategic partners Bosch and Assurant, the latter of which Mojio called “the first outcome of the strategic investment and ongoing collaboration between Mojio and Assurant.”

Hawk did admit to BetaKit that some of the funding the company announced yesterday has indeed been spent, but did not confirm how much. The CEO did point to Mojio’s revenue and SR&ED credits as offsets to the company’s expenses.

Sources BetaKit spoke with speculated that there is likely some sort of positioning battle going on within the company since the majority of investments made after Mojio’s first close are with strategic partners. Theses sources questioned whether Mojio might be setting up to rally further investors or increase visibility with large potential customers.

The company, which creates connected car apps and services, competes with other big names in the autonomous car industry, such as BackBerry QNX. Significantly, BlackBerry QNX recently announced a $40 million CAD investment from the federal government for connected and autonomous vehicle software systems. BlackBerry QNX is also a competitor to several of Mojio’s strategic investors.

Hawk told BetaKit that Mojio had been “looking for an automotive big brother” to partner with and noted he was extremely happy to be working with Bosch, as part of its strategic investment included access to Bosch’s technology, which includes IoT and autonomous vehicle solutions.

Mojio said it has now officially closed its Series B funding round and is focused on expanding its engineering teams in Vancouver and Silicon Valley. The company’s LinkedIn page states there are currently 42 job openings at the company. To date, Mojio has raised $75.3 million in total funding across its seed, Series A, and Series B funding rounds.

BroadbandTV, a Vancouver-based media-tech company that creates, distributes, manages, and monetizes video content, has reported several new company milestones, including that it has reached…