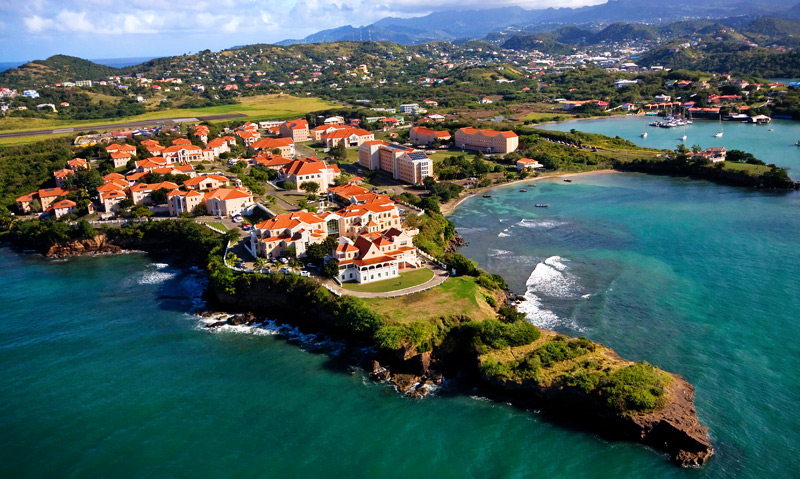 Canadian private equity firms are often no strangers to highly-valued tech startups when considered where to spend their capital. But one Toronto-based firm saw no problem in writing a large cheque to Grenada’s St. George’s University, a school that trains international doctors.

PEHub‘s Kirk Falconer noted that the move “marks an important step for a firm that has sought to blaze a new path in PE dealmaking,” after former Onex Corp managing director Andrew Sheiner helped launch the firm in 2012.

“Altas was conceived by Sheiner to invest selectively—writing equity cheques of between $100 million and $500 million in one or two opportunities a year—and hold assets long enough to produce maximum value,” wrote Falconer. But how does this apply to a medical school in the middle of the Caribbean, he asked Sheiner and partner Scott Werry?

“In general, we want to invest in businesses that are hard to replicate and possess a clear natural advantage,” Sheiner told the blog. “They should be high quality, market-leading companies that 10 years from now will be just as important, just as relevant and as highly profitable.”

Every year the school churns out 14,000 graduates who go on to practise in over 50 countries. Typically international schools like SGU are more expensive than those in more established medical hotbeds, like North America, mainly because it’s easier to get accepted. The outcomes can often vary widely, and the school’s four-year medical degree has a hefty price tag of $246,400.

Moreover, Falconer argued that the school’s future prospects are looking good: One of its specialties is training primary care providers. Last year, the World Health Organization reported the global shortage of primary care and other skilled healthcare professionals currently stands at 7.2 million. That number is expected to reach 12.9 million by 2035.

Moreover, “primary care shortages are a particular concern in the U.S. healthcare delivery system, which is where most SGU-educated doctors eventually practice. SGU reported in June that during the past three years it has placed more physicians into first-year U.S. residency positions than any other medical school,” wrote Pehub.

Layar Shifts From Future to Present Tense With Creator Launch