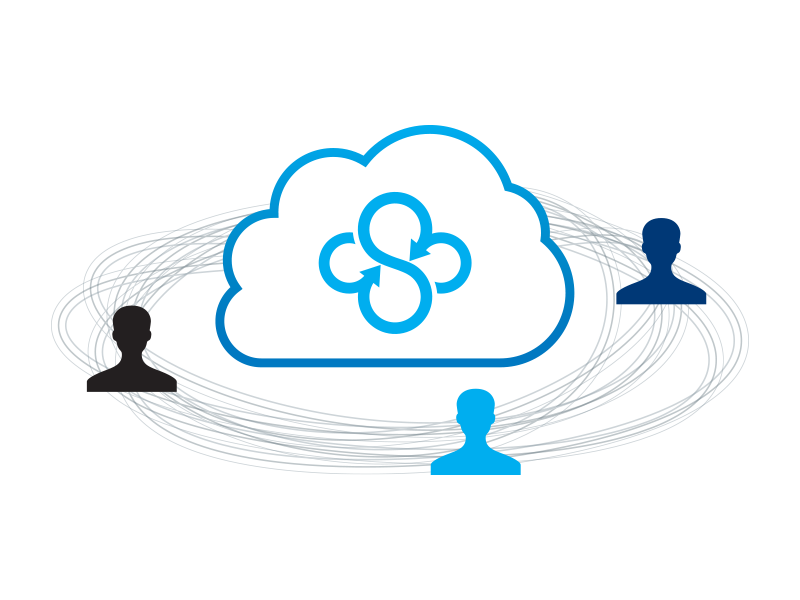 Who can you trust with your data? That’s a multibillion-dollar question.

Three years before Snowden’s plea to the global tech community at SXSW this week to fight mass surveillance and do more to protect users’ privacy, Toronto startup Sync quietly embarked on a mission. It was to build a cloud storage solution for your data that would be secure by design, encrypted, affordable and user friendly.

“We wanted a tool that we could use, but when we looked at Google drive, Dropbox and other solutions, we saw that the data wasn’t getting encrypted. All these companies have a different business model. For Google, data is a currency around which its advertising business is built. And we wanted to keep our files safe. So we built Sync,” said cofounder Thomas Savundra. “We have Mac and Windows clients, and all the data is stored in Canada, so you’re protected by the Canadian privacy laws in addition to the encryption.”

“Encryption works. Our challenge was to make encryption strong and easy to use.”

If users want to protect their data and don’t have time for the unwieldy encryption and cloud solutions built for geeks by geeks, Sync.com just might be the unicorn they’re looking for. It offers a seamless Dropbox-like user experience, encrypts data end-to-end, meaning even Sync employees can’t access it. When sharing data, links are secured with encryption automatically added at copy-paste.

The service is fast and users get revision history. Encryption doesn’t slow down the process in any noticeable way. Mobile clients are on the way, and that’s great to know, because this means Sync wants to build a complete experience. All servers are located in Canada with an exception of Amazon used exclusively for front-end scaling, according to Savundra.

Sync plans to release the client software as an open-source so everyone can look at the code and see how the encryption works.

“The encryption added a whole lot of complexity and took us two years to build, but people are more aware of their privacy than ever. Privacy will be one of the biggest trends going forward,” said Savundra. “Any data that’s kept in Sync is secure – we don’t have the key to the cookie jar.”

Sync.com was founded by Savundra, CTO Darius Antia and COO Suhan Shan, the team known for building Netfirms, a web hosting that powered over 1 million websites worldwide. The crew took their know-how, data centres and core team after exiting the business, and built a startup around users’ privacy, ready for prime time and scale.

The timing couldn’t be any more perfect. Snowden’s revelations have even ordinary people concerned about privacy. There’s a real need for alternatives to businesses like Google built around the mining of users’ data. Web founder Tim Berners-Lee considered the situation so dire he called for internet bill of rights to safeguard against surveillance.

Can Sync come and save the day?

Here’s a startup that can be successful, and if all claims it’s making are indeed true, Dropbox and Google should take note. The world needs more businesses and startups like Sync that take users’ privacy, data encryption and usability seriously.

It’s great to know services like Sync exist – right here in our own backyard.

The new realities for Canadian entrepreneurs