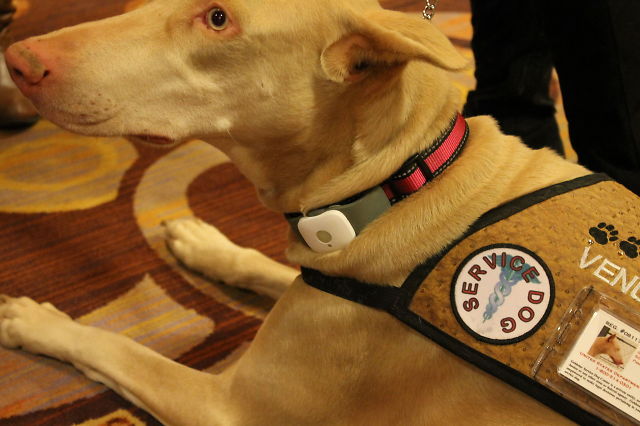 Another year and another CES 2015 over. It was clear from the amount of devices on the showroom floor that this year is going to be a big year for the wearable category. In fact, CEA, the organization behind CES, dedicated most of the Sands Expo (called Tech West) to showcase over 500 exhibitors of wearable tech. After wading through a sea of connected devices in Vegas this year I saw six major trends which I think will shape the rest of the year for this new wave of computing.

1. The Death of the Activity Tracker

Fitness and health continue to be the primary focus for wearables across the board. Wrist-worn wearables that track steps, monitor sleep and measure heart rate were abound at the show but one noticeably trend was the move away from the basic band to more of a smartwatch design. Fitbit, Sony, Polar, Casio and Zensorium all highlighted fitness trackers which doubled as a watch providing a screen to review fitness stats, tell the time, and in some cases get notifications.

Humans may be moving away from simple activity trackers, but pets are just getting started. Pet wearables were a huge trend this year at CES, with WonderWoof and FitBark as two great examples. These fashionable sensor devices, one a bowtie the other a bone, are worn on the collar of your pet to track its activity and behaviour throughout the day. FitBark announced at the show an exclusive retail partnership with BestBuy and Future Shop Canada making its doggy wearable available to Canadians later this year.

Tagg unveiled its Tagg GPS Plus device, which both tracks your dogs fitness as well as monitors its safety by locating your pup using GPS at all times. This same device also features a temperature sensor which alerts owners of extreme temperature conditions to ensure that their pet doesn’t overheat or get too cold.

Learning from the pains of 2014, many wearable companies were showcasing efforts to make wearable devices look like something people would actually want to wear. Misfit announced its partnership with Swarvoski, which featured two jewelled devices (one solar powered) and a line of nine accessories including bracelets and pendants. Sony was featuring a classic stainless steel SmartWatch 3 and designer bands from Ted Baker and Roxy for its SmartBand it launched last year. A wearable tech fashion show was also held during CES this year hosted by Living in Digital times, which featured LED designs by Toronto-based startup, MeU.

4. We Will All Be Geordi La Forge

Video and virtual reality headsets were a huge device category at CES this year. Avegant was showing off its impressive final design of the Glyph, a device that looks like a pair of headphones combined with an optical display. But Glyph-like designs could also be seen from the likes of Vuzix in its next generation IWear and a device called Mask from Dashbon. Samsung was demoing its Note 4 powered Gear VR and Oculus had a massive booth featuring its latest virtual reality headset Crystal Cove.

Perhaps the most impressive demo for me in this category came from Toronto-based Sulon Technologies, who demonstrated a prototype of the Cortex, a VR/AR device that creates an immersive experience using the space around you. Along with hardware players, there was also a huge push behind the creation of VR content. Samsung unveiled its VR content platform, Milk VR, along with a commitment to regularly creating VR content with partners like the NBA. And new 360-degree cameras such as the Giroptic 360cam could be found at the show which give amateur filmmakers a chance to create VR ready content.

5. Another Year of the Selfie, But From a New POV

If you thought the selfie stick was the epitome our obsession with documenting our lives, you ain’t seen nothing yet. Wearable cameras were another huge trend I saw coming out of this year’s consumer electronics show. Leading mountable camera company, GoPro had a major presence this year showing off its Hero4 and competitor cameras could be found in the Polaroid, Casio and Toshiba booths.

But it wasn’t just mountable action cams that will satisfy our need to capture every waking moment. Lifelogging auto-camera Narrative launched its second generation Narrative Clip 2 at the show, which now boasts WiFi and Bluetooth connectivity for easier sharing and iON announced a small wearable camera, the SnapCam, which has the ability to live stream video. For a more fashionable option, UK-based Lyte was showing its camera glasses which have a 1080p/14.2MP camera integrated into a pair of seemingly normal pair of stylish sunglasses. Of course, the most memorable wearable camera at the show was Nixie, the wearable flying drone which won Intel’s “Make It Wearable Challenge” last year. The device flies off your wrist, takes a picture and then comes back to you – perfect for the ultimate futuristic selfie.

Despite all the hoopla with Google Glass lately, the emphasis on smart glasses at CES this year was actually up from 2014. But instead of focusing on the end consumer, most of the companies were showcasing how smart specs could be used to better people in the workplace.  Toshiba was featuring its Toshiba Glass at its booth, a HUD which used projector technology which they will be launching to enterprise clients later this year. Sony was featuring its HUD glasses, EyeGlass Attach and AR glasses, Eyeglass. And Epson had a handful of its partners showcase apps for the Moverio BT-200 including Metaio’s AR software which was being demonstrated to walk an employee through a procedure to fix a car.

This article originally appeared on We Are Wearables.

Due South: opportunities are not bounded by geography

Welcome to Due South, a new series that profiles Canadian entrepreneurs who have founded companies outside of the motherland. Today’s Due South features a…