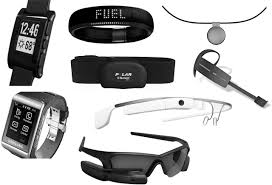 IDC Canada just published its first report on the emerging market of wearable tech. The study, which takes a look at the Canadian wearables market from 2014-2018, concluded that wearables are very much in its infancy but that we should expect to see “hockey stick” growth over the next five years as the market explodes.

IDC goes on to report that “wearables represent the new, hot growth category”.

IDC predicts that almost 8.5 million wearable devices will ship into Canada in the consumer market from 2013 to 2018. This is a drop in the bucket compared to the 111 million expected to ship globally according to IDC USA’s report forecasting the worldwide wearable market published in April.

In its report, IDC found that there is interest for both activity trackers and digital glasses from those that they surveyed. 18 Percent of Canadian respondents were interested in wearables that would track their health/performance while exercising, and 10 percent were interested in digital glasses. But they state that adoption of wearables is still in the low single digits in Canada.

The wearables that are showing the most promise are what IDC classifies as complex accessories. Fitbit Flex, Jawbone Up, Nike FuelBand and other activity trackers make up most of this category. These devices can work independent of a smartphone but derive most of its value when paired. According to IDC, this category is seeing the most success today because of a lower price point and a clearer value proposition.

IDC finds that smart accessory shipments will nearly catch up to complex ones by 2018, but not quite. Smart accessories, like smartwatches such as the Samsung Gear 2 and Pebble, are also dependent on a connected device like a smartphone but unlike complex accessories they have the ability to run third-party apps.

IDC’s third category of wearables, smart wearables, are those devices that can run completely independent of another device complete with the ability to use third-party apps. A great example of a smart wearable on the market today is Google Glass. IDC finds that this is a category with a lot of potential, but there are still barriers to mass adoption such as battery life, privacy and security issues, price, etc.

For the wearable category as a whole, IDC stresses that these devices must show their value to the Canadian consumer in order for this space to succeed. “Canadians must see them as more than novel devices that lose their luster after a few weeks or months, and they must be viewed as doing more than what their phones or MP3 players can already do “good enough.”

In addition to a strong value proposition, IDC points to lack of fashion as another setback. “I think fashion needs to play a big role here”, Krista Napier, IDC Canada Research Manager, Consumer and Mobility told BetaKit. “Many of the devices in the market to date have been very “techy” and large looking. That’s fine for phones and tablets, but not always the case for devices you are putting on you everyday. I think we will see more partnerships between the fashion brands and the tech brands. We are already seeing that with Google and Luxottica for Google Glass”.

“Can you book a table for four at 7:30 tonight at Brassaii?” the text reads. Not an uncommon refrain, asking one’s spouse, friend or…