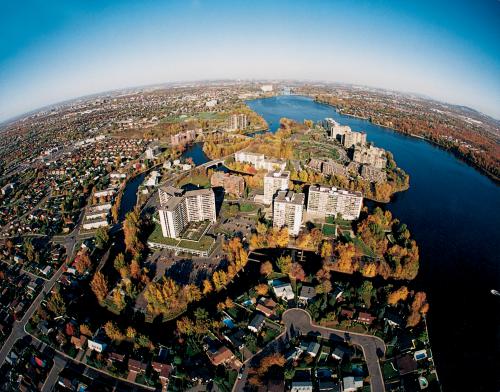 Montreal wearable electronic and quantified-self company Motion Engine is set to invest and expand into the “Greater Montreal Area”, which generally refers to Laval, the city that already holds a massive amount of technology manufacturers.

Motion Engine is a “specialist next-generation micro-electro-mechanical systems (MEMS) and motion sensing systems” company. Since Laval already contains the Montreal Metropolitan biotechnology and life science cluster (including a dedicated technology park), its a safe bet that Motion Engine will invest in the area in its pursuit of international markets.

“Greater Montréal is an ideal location to develop our technology and business. Over the past two years, the market for MEMS motion sensing in smart phones and tablets alone breached the $1 billion mark and by 2018 it is expected to increase at least three fold,” said Motion Engine CEO Louis J. Ross. “The wearable electronics trend will boost the rate of growth exponentially over the next five years—particularly in areas like Gaming, Healthcare/Medical, Fitness and Sports.”

The CEO referenced how historically the Montréal region has done an excellent job nurturing a world-class game software development industry. “As a result, there is also a great deal of talent to draw from here and from the surrounding areas including Ontario and the U.S. Northeast.”

Motion Engine plans to develop new cutting-edge systems for mainstream wearable and quantified self-oriented electronic devices including activity trackers that are more and more functional and fashionable. According to the company, MEMs motion sensors for such applications must provide greater performance, lower cost and higher integration.

The ability to produce high-grade inertial sensor systems at low cost is also advantageous for industries that demand greater reliability and higher performance specifications that are standard for the consumer electronics industry. These industries include healthcare/medical (patient monitoring and rehabilitation), industrial (robotics, logistics), automotive (next-generation electronic stability control system or ESC, which are now mandated in most countries) and “self-balancing” transportation vehicles.

The company is also partnering with the MiQro Innovation Collaborative Centre (C2MI), a $218  million MMEMS/microsystems research and development facility located outside of Montréal (again, likely in Laval). The center maintains a “world-class facility that is expected to greatly contribute to the region’s economic growth.” Its founding member companies include IBM and Teledyne DALSA, the world’s second-largest “open” MEMS foundry and an international leader in high performance digital imaging and semiconductors.

After selling out to over 5,000 people, Elevate Toronto officially kicked off its celebration of Canadian tech at its Main Stage yesteday. To set…