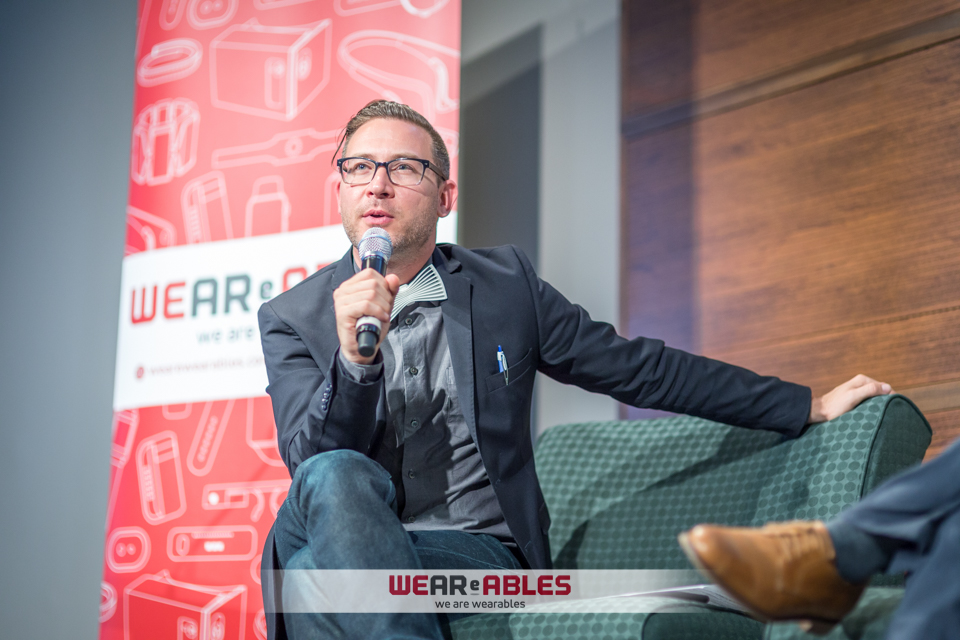 2015 was definitely a big year for wearables. IDC forecasts that this year, 80 million wearable units will have shipped globally, with this number reaching over 111 million in 2016 before finally surpassing the 200 million mark in 2019.

It was also a huge year for the We Are Wearables community. This year, we grew from just over 2,000 to over 6,700 members, added our latest chapter Ottawa or WWOTT to the wearable family and now have a total reach across all of our channels of over 16,000! Viva the Wearable (R)evolution!

Across our now three cities of Toronto, Chicago, and Ottawa, we hosted over 143 speakers, 123 exhibitors, and over 7,900 participants at 18 events. In addition to sparking some amazing discussions on and off the stage at the events, We Are Wearables also helped shape the wearable conversation in the news including stories in CBC’s Metro Morning, CBC’s Radio One, Techvibes, BetaKit, The Toronto Star, Space Channel, CBC TV, The National Post, CTV News, and VICE’s Motherboard.

Key to our mission to foster adoption and facilitate innovation in wearable tech is the amazing We Are Wearables team: Paula Kwan (WWTO); Tory Patrick and Kristia Dula (WWCHI) and Jen Greenberg (WWOTT) and the countless volunteers who came out to help with set-up, registration and beyond. You rock!

Critical to helping us build this community is our amazing partners MaRS Discovery District Centre, 1871, Systemscope, and MakerSpace North, who welcomed us into their home and supported us with anything from planning to A/V. Our supportive sponsors who help us take our events to the next level. And our incredible speakers and exhibitors who shared their stories and demoed their tech to help educate us on all things wearable tech. Thank You!

But of course this community would be nothing without YOU. Thank YOU for RSVPing yes, coming out with lots of questions and your endless curiosity and support for this emerging space. Together, We Are Wearables! May your holiday be a wearable wonderland. Happy Holidays Everyone!

We really had too many memorable moments this year to count but to keep with our annual tradition, I’ve made a list of the Top 10 We Are Wearable Moments to look back on in 2015.

San Francisco-based Meta travelled to the Six in April for the Canadian premiere of the world’s most advanced augmented reality (AR) glasses. On stage, Todd Revolt talked about AR’s potential to change the world, while in the demo area, the WWTO community waved their hands in the air to interact with digital objects they saw through Meta’s lens.

9. WWTO GIVES BACK BY BRINGING WEARABLES TO KIDS IN NEIGHBORHOOD IMPROVEMENT AREAS

This year the Toronto community kicked off its WWTO Gives Back program. Together the community raised $750 for the Better Day Alliance Foundation. In addition, a group of 10 volunteers headed up to the Albion Branch of the Toronto Public Library to host a wearable tech workshop for kids. Over 60 children got the chance to go hands-on with Muse, Disney Playmation, Mattel View-Master VR, Myo and more.

8. THE PRIVACY COMMISSIONER TAKES THE HOT SEAT TO DISCUSS THE WEARABLES COMMUNITY MOST SOUGHT AFTER TOPIC

If there was one topic which the entire wearables community was most eager to discuss this year it was privacy. We brought in analyst Vance Lockton of the Office of the Privacy Commissioner of Canada, who took the hot seat on stage at our March WWTO event, which looked at how wearable tech is changing payments and digital identity. Lockton returned in September to field questions on the ins and outs of privacy related to wearing cameras at our “Capturing the Future” event, featuring wearable camera companies Narrative and iON.

7. LINKITZ CHOOSES WWTO TO LAUNCH ITS WEARABLE TOY TO TEACH GIRLS HOW TO CODE

Lyssa Neel, CEO and Founder of Linkitz, kicked off her time on the WWTO stage by telling the crowd that she and her team had selected We Are Wearables Toronto over TechCrunch Disrupt as the event to officially launch her wearable toy that teaches girls how to code. The WWTO community wrapped their arms around this meaningful tech by kicking off funding of LInkitz’s Kickstarter campaign, which started that same day.

6. CORNELIUS YOU CAN DO IT!

August’s WWTO focused on an incredibly powerful segment of wearable tech: assistive technology. Among some incredible stories of wearable robots (or exoskeletons) helping people with lower spinal injuries walk again and smartwatch apps watching over people with epilepsy to keep them safe was one story from Toronto’s Cornelius Quiring, which brought the WWTO community to its feet. Quiring candidly talked to the crowd about his journey in creating his own wearable tech to assist him with hand movements to overcome a lack of mobility caused by a childhood farm injury.

North America’s only conference exploring wearable tech’s impact on sports and entertainment, WEST, returned to Toronto this year with a bang. The event, produced by We Are Wearables, took place on both floors of MaRS, saw over 600 attendees and hosted speakers and exhibitors from as far as Japan, Australia, the US, and Canada, including Curtis Hickman of THE VOID, Billie Whitehouse of Wearable Experiments, and The Transhumanist Party’s Zoltan Istvan.

4. WE ARE WEARABLES SETS UP SHOP IN CANADA’S CAPITAL CITY

In 2014, We Are Wearables expanded into the US with a Chicago chapter. This year We Are Wearables strengthened its Canadian constitution with the launch of our third chapter in Ottawa. Organizer Jen Greenberg kicked things by bringing the Ottawa Wearable community together to discuss the killer ingredients this city has to support wearable startups including Ottawa wearable companies Gesture Logic and Gymtrack.

3. CHICAGO AND TORONTO TELEPORT TO A VIRTUAL REALITY

This was a huge year for virtual reality. HTC, Oculus, and Sony all announced consumer devices are on their way, Google shipped over a million Cardboard devices to New York Times subscribers and Samsung launched the first consumer virtual reality headset with the help of Oculus, the Samsung Gear VR. To mark the flurry of activity happening in VR, both the Chicago and Toronto chapters dedicated an event to explore the virtual world while highlighting the startups in each city which are ushering in this new form of computing. These events ended up being the most popular events of the year for Chicago and Toronto with nearly 1,000 people teleporting to VR between the two cities.

2. THE FATHER OF WEARABLE TECH TAKES THE STAGE IN TORONTO

It was truly an honour to have Steve Mann, the father of wearable technology, present at WWTO twice this year – especially since, without him, we wouldn’t really have a reason to meet. Mann is a true wearables pioneer, having rocked the streets of Toronto with his own wearable tech back in the 80s before heading to MIT to found the Wearable Computing project at the MIT Media Lab in the early 90s. He first took the WWTO stage in April to talk about “Augmediated Reality and Veillance” as part of the event with Meta AR glasses of which he is Chief Scientist. He returned in September with a “Declaration of Veillance” as part of the launch of The Veillance Foundation, with a mission to restore integrity in a world filled with half-truths by enabling humanity’s right for veillance at our wearable camera event.

1. WWTO TURNS MARS INTO A ZOO

What happens when you mix kangaroos, foxes, and lemurs with wearable tech? Our most memorable event of 2015, and it was all thanks to our friends at Best Buy Canada. June’s WWTO literally transformed the MaRS Discovery District Centre in downtown Toronto into a zoo with exotic and domestic animals walking the expo floor to mark our event dedicated to pet wearables. The event shone a light on the fact wearable technology is changing every facet of our lives, even the lives of our furry friends, as pet wearable startups WonderWoof, Fitbark, and CLEO Collar demonstrated both on stage and in the expo area at the event.

This article originally published on We Are Wearables.

Only half of the businesses that make it to market survive after their fifth year. That’s why Doyle Buehler is making it easier for…