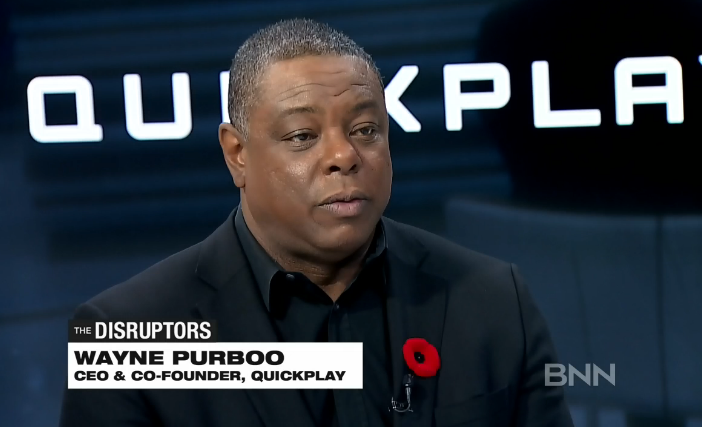 In Canada, tech startups might find it easier to raise capital and access talented management and staff during the incubation stage. However, when startups start scaling and growing quickly, it can be challenging to sustain the momentum.

On the latest episode of The Disruptors, co-host Amber Kanwar sat down with Wayne Purboo, the CEO and co-founder of Quickplay, to discuss what’s lacking in the Canadian tech scene and why Purboo decided to sell Quickplay to AT&T earlier this year. Quickplay is a media platform that provides managed solutions for the distribution of videos to connected devices, and has agreements with several high profile network operators such as US-based AT&T and Rogers, as well as Bell and TELUS in Canada.

During the interview, Purboo explained how Canadian companies face challenges with scaling. While Canada has a great number of tech companies and entrepreneurs that do well in their first few phases, they aren’t always able to grow past certain growth points.

“My opinion is that there’s a lot of great Canadian tech companies, and great entrepreneurs that are unable to raise the capital and find the management teams required to get to the scale that Quickplay was,” said Purboo. “I’m talking about a situation where a company has had significant success…but where do you turn for capital to scale the company further?”

When talking about why he chose to sell Quickplay to AT&T earlier this year, Purboo said Quickplay did not “fit the mold of Canada” after scaling to the point that it did. To make it easier for Canadian tech companies to scale and have a greater reach both in Canada and internationally, Purboo thinks turning to Silicon Valley for inspiration is key.

“Silicon Valley is such a strong draw for everyone related to tech,” said Purboo. “I think that the thing we have to do here in Canada is not to try to recreate Silicon Valley, but we have to create our own version.”