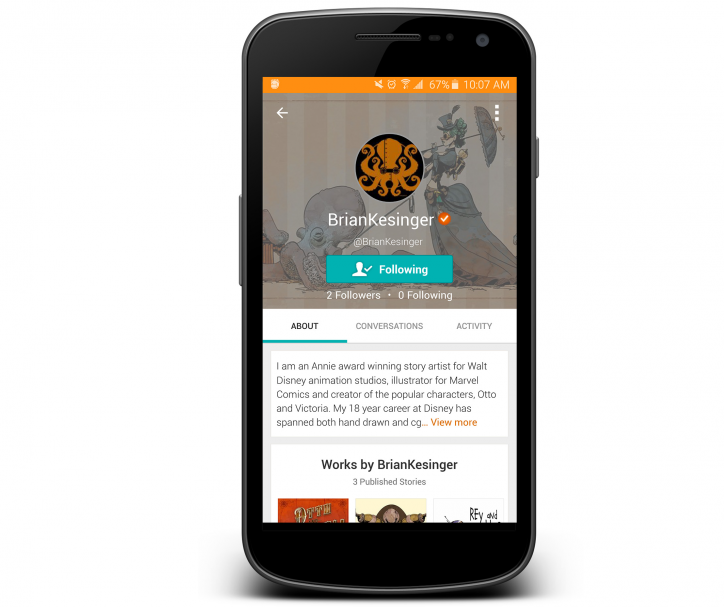 Banner and pop-up ads haven’t changed much since their first appearance in the mid-90s, but the way people have responded to this form of Internet advertising has. As traditional advertising gets tuned out, native advertising has emerged with the promise to seamlessly integrating into platforms people are already engaged with. And Toronto-based storytelling platform Wattpad, with 40 million unique users, is using these connections to attract major brands.

“People come back because of the attachment that they have to stories.” – Aron Levitz, head of business development

The company has secured big partnerships: Sony Pictures, which is promoting its new Pride and Prejudice and Zombies movie by spotlighting Wattpad’s best zombie writers; General Electric, which is commissioning writers to tell stories based on its old ‘50s and 60s comic book covers; and Coca-Cola, which used its Wattpad account at Christmas to create a list of letters to Santa from popular Wattpad story characters.

Wattpad’s head of business development, Aron Levitz, who has been key to securing many of these partnerships, said that the key to a successful campaign lies in learning about the “DNA” of the company and seeing how it can fit into the Wattpad community culture. “This isn’t about branded images that we shove in front of the reader. It’s a natural fit for your environment that isn’t over-the-top branding, and using mediums that people are used to and promoting it in a way that doesn’t feel out of place,” said Levitz.

Levitz gave the example of Vertigo, a subsidiary of DC Entertainment, which is launching a comic series exclusively for Wattpad.

“They said look, this is a new way to tell stories, it’s an amazing community of people who want to read,” Levitz said. “It’s a combination of unique storytelling, the authors themselves, and content they have that bring that to life.”

Wattpad’s approach is antithetical to the current belief that the written word is impossible to monetize on the Internet; while many major publications struggle to make revenue in an age where digital information comes free or cheap, Wattpad boasts on average 30 minutes of engagement within its app. Rather than trying to push back against the inevitable takeover of cat GIFs and multimedia on the Internet, Wattpad is instead using these same features to keep its content fresh — recently, the company made it possible to include GIFs and multimedia in its stories, and users have long been able to comment on their favourite stories and get reactions from their authors. Levitz noted that integrating the reactionary nature of the Internet has been key to attracting both users and brands that are trying to figure out how to engage with an emerging tech-savvy generation.

“People come back because of the attachment that they have to stories; we’re really just a form of entertainment in the same way that people watch or stream videos,” Levitz said. “What’s different from the transactional nature of print is this social layer on top of it. You’re not just reading print, you’re part of the story’s process. You get a relationship between the writer and reader that you just don’t get from the print industry.”

Report: Over three million Canadians will own smartphones with machine learning abilities this year

By the end of 2017, over three million Canadians will own smartphones with machine learning capabilities. Machine learning tops the list of Deloitte’s 2017…