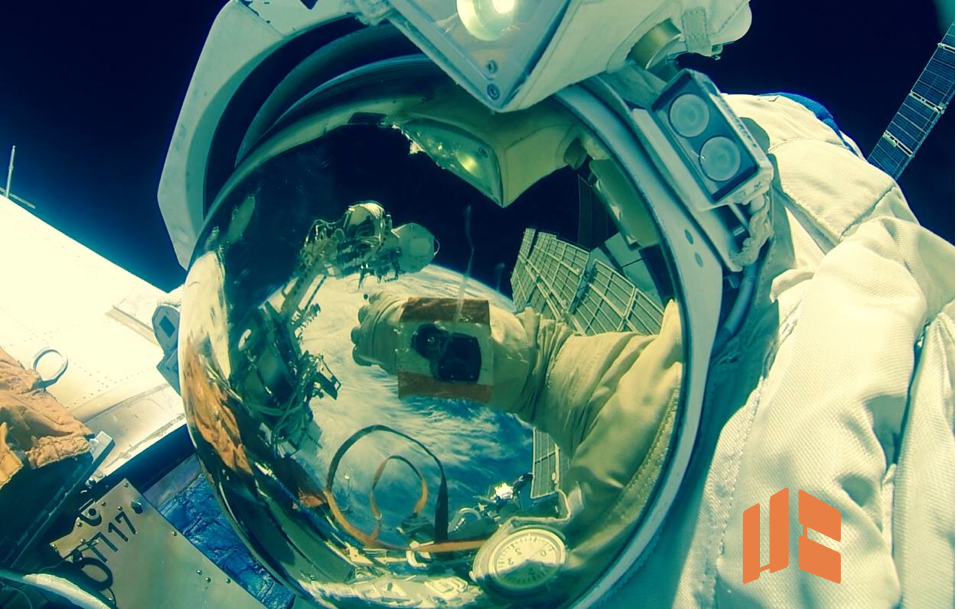 “It’s a view from space. So it’s a combination of cloud, ocean, nothing to see, or incredibly spectacular,” UrtheCast‘s CEO Scott Larson recently told BetaKit.

The Vancouver startup is letting us watch our world change from space. They’re delivering the world’s first Ultra HD platform of Earth, with video streamed in near real time from the International Space Station (ISS).

Strapped inside a Progress cargo capsule, UrtheCast’s two Earth imaging cameras were launched to the ISS aboard a Soyuz rocket on November 25, 2013. Now installed on the ISS, the cameras will begin downlinking data to ground stations across the globe. This data will then be processed and streamed online for web users, media outlets, data clients, and relief organizations like the UN.

Each camera cost almost $18 million, and two years to build. While not $400 million like the Hubble telescope, this is serious “rocket science.” As Larson pointed out, “space is hostile. Temperatures go from -150 to 150 degrees Celsius 16 times a day as it orbits around the earth. There’s thermal issues, radiation issues or solar flares that can fry electronics, and then it’s getting bounced around in the rockets on its trip into space. It had to be tested to hold up to 10G’s. Testing was a huge chunk of the cost.”

He was forthright about the risks, “saying for instance financing was always the biggest risk. Could we keep raising money, keep paying for the cameras, keep it on schedule? We were dealing with being behind in payments to everybody, but going public last summer took a lot of that risk off the table. We dealt with some key binary events. If we missed the launch, not good. If the rocket had blown up, not good. If the installation didn’t happen, also not good.” Yet through it all, Larson admitted he always “slept like a baby.”

Pictures of earth from space is a $1.5 billion dollar per year business, and all being generated from 8 or 9 satellites. Because the satellite costs $500 million, an individual picture of earth from space can cost up to $20,000. UrtheCast removed the biggest cost hurdle, and have a clear business case. Larson pointed out “we’re hitching a ride with the Russians. They have the rights to the data for Russia, and we have the rights to the data for the rest of the world. The cost structure isn’t just 20 percent or 30 percent cheaper, it’s 1/50th.”

Larson talked about the experience of talking with astronauts, and how “they all share the experience of having the ‘overview effect’. They realize how small earth is, how fragile it is, there’s no borders or countries, and how we’re all on the planet together. Those who’ve made multiple trips to space have seen the changes over time, and come back with a greater sense of planet stewardship, and our need to take care of it.” Canada’s Commander Chris Hadfield knows this all too well saying “we’re all in this together.”

Larson mentioned agreements with several non-profit organizations, highlighting one will be monitoring old growth forests in Indonesia, to track the Orangutan habitat. “They get a monthly image, divide it up into 30,000 different squares and then crowd source the change management. This is the type of thing that could have a massive impact.”

They are still in a commissioning phase. “The space station moving at 7kms per second. If someone says point the camera over here, we can find it, track it, take the picture, deliver the imagery, and get paid.” Larson anticipated having all “systems go” for both cameras some time in June. “It’s the democratization of real time earth observation imagery.”

Anyone with an internet connection will soon be able to watch the world change, in near real time. With Facebook you follow your friends, with Twitter you follow influence, and with UrtheCast you’ll be following our planets locations.

Four Canadian cities have been named the winners of the federal government’s Smart Cities Challenge. The winners will receive prizes worth a total of…