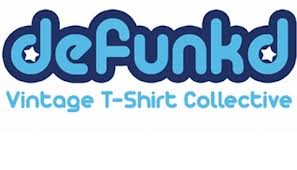 Toronto-based online vintage t-shirt store Defunkd is in the giving spirit this holiday season. For every genuine vintage tee bought on the indie marketplace, the site has a tree planted through the Weforest tree planting initiative. Weforest’s trees are planted all over the world, primarily in the African continent, but also in Brazil, India, Haiti and the Philippines.

Defunkd decided to plant a tree for every tee they’ve sold since early 2013, which is closing in on 1,000 in number. That means the startup has already planted “a small forest”.

“Vintage tees are green symbols because they represent the 3 Rs,” said founder James Applegath. “But we take it a step further: for every t-shirt sold, we sponsor WeForest.org in planting a new tree. We’re proudly closing in on 1,000 trees planted so far.”

Applegath was recognized as an eBay entrepreneur of the year in 2007 for the innovative way he sold t-shirts. Since then he’s been busy creating a comprehensive resource at Defunkd.com which originally documented these collectible garments. Recently, Defunkd expanded with the addition of its own marketplace, where tee aficionados from all over the world buy, sell and showcase.

Tees available on Defunkd range in price from $4.99 up to $10,000 for extremely sought after relics of rock history.

The highest priced tee on Defunkd is an Adidas Run DMC shirt for $13,000, offered by Applegath himself. It also holds the honor of being the first t-shirt listed for sale on the Defunkd Collective. Applegath wrote about the shirt that “This RUN DMC Adidas combo relic has been making headlines for years. It was originally offered for sale in the early 2000s on another system – we acquired it secretly in 2011 in order to carry on its exorbitant pricing tradition.”

Meanwhile the cheapest tee on the site? About six tees cost $4.99, including this “1982 Berlin Race of Champions” shirt.

The site’s sellers are “trusted t-shirt aficionados who only offer true vintage garments for sale. No repros or knockoffs are permitted.”