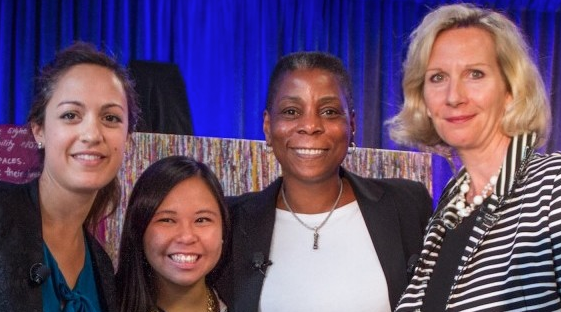 Toronto’s SheEO accelerator program for women entrepreneurs is making its call for applications for its Spring cohort, which will be the young program’s third session. The new cohort runs from April 25 to May 10 via four intensive sessions.

The SheEO program aims to mentor, guide and accelerate the next generation of women-led ventures “on their own terms.” It was developed to address the fact that women continue to be vastly under-represented in the start-up space. Furthermore, they experience additional difficulty accessing capital, which according to She-EO, is due to continued and systemic gender-bias in the capital market.

The program’s four sessions happen April 25, April 26, May 9 and May 10 from 9am to 6pm. Individual participants (or teams of two) can compete for acceptance for 10 spots and must be able to participate in person at OCAD U in Toronto for all sessions as well as at least two evening events that will run during the program period. Applicants of all ages can apply but they must have a female founder or cofounder lead. While other management members need not be female, only the female founder or co-founder can participate in the program.

The program’s seed money comes from ten women angel investors who are passionate about supporting the next generation of women-led ventures.  Each of them invested $5,000 to create a pool of capital to support the 10 women entrepreneurs for every cohort. At the conclusion of the program the cohort actually determines amongst each other how the total of $50,000 grant funding will be divided.

The last cohort happened at Ryerson’s Digital Media Zone (DMZ), when the entrepreneurs built businesses in categories ranging from fashion to high tech.

I spoke to Saunders this past summer and she revealed to me that while working for a venture fund ten years ago, she received over 300 applications for her venture capital fund. Unfortunately, just four of those came from women-led startups. The low number was enough to urge Saunders to create (what was then) the SheEO $250,000 prize for the best business idea by a young woman under 30.

“I know that in the last ten years or so I’ve had a lot of women come to me for advice and young women are asking very different questions than young men are, generally,” Saunders told me. “What’s missing is a place where lots of women can get together and talk about how they can really lead their businesses the way they want to lead their businesses, and get connected to an amazing network of women who can help them be successful.”

What also differentiates the She-EO program is its focus on social ventures, a move away from accelerators that traditionally focus on entrepreneurs with STEM backgrounds. It’s a program that focuses on a woman-centric approach, where the entrepreneurs learn on their own time, through the help of women coaches and mentors.

Those entrepreneurs interested in applying should visit SheEO. Application deadline is March 1!

In the past month, several FinTech startups have made announcements launching new features and partnerships. Here’s the latest on company updates. LendingArch announces new…