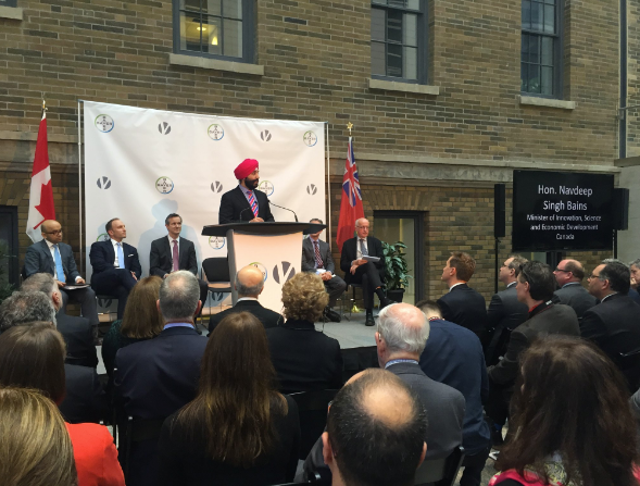 Bayer AG and Versant Ventures are dedicating $295 million ($225 million USD) to launching BlueRock Therapeutics, a stem cell company that will work in collaboration with institutions from Canada, the US, and Japan. BlueRock will have research and development operations in Toronto, New York, and Boston.

While the headquarters are yet to be determined, Toronto will see the major initial footprint for operations. The funds are meant to give BlueRock Therapeutics at least four years of runway, and will allow the new company to advance a number of programs into its clinic, with an initial focus on cardiovascular diseases and neurodegenerative disorders.

According to a statement from Bayer sent to BetaKit, Canada was chosen as one of the research centres thanks to several cardiology and stem cell experts being located in Toronto. The manufacturing platform of the company will be enabled by a partnership with the Toronto-based Centre for Commercialization of Regenerative Medicines (CCRM).

The program is being advanced with Toronto-based McEwen Centre for Regenerative Medicine and University Health Network (UHN) by Dr. Gordon Keller, which the McEwen Centre calls a world leader in stem cell biology. Keller will act as scientific co-founder of BlueRock Therapeutics. Dr. Michael A. Laflamme, a pioneer in cardiac cell therapy, will act as founding investigator of BlueRock Therapeutics.

“There are few among us who haven’t been affected by the loss of a loved one due to heart disease,” said Ontario Premier Kathleen Wynne. “Through the support we provide to MaRS and our investments in a highly skilled workforce, Ontario is helping to facilitate the development of new, scientific and medical cell therapies that we all hope lead to breakthrough treatments for heart diseases and other devastating illnesses. The decision by Bayer and Versant to invest in this new research and development facility at MaRS illustrates once again how Ontario’s capacity for innovation and our talented workforce continue to attract investment.”

The $295 million Series A is the second largest-ever series A financing for a biotech company in Canada, according to BIOTECanada, an industry association for professionals in health, industrial, and agricultural biotechnology sectors. The basis for the company’s overall approach is iPSC intellectual property (IP) invented by Nobel Prize winner Dr. Shinya Yamanaka of Kyoto University and licensed from iPS Academia Japan Inc., which manages iPSC IP. This IP will allow the BlueRock to create iPSCs, which will be an important cell source.

“Canadian scientists are world-renowned for their research into how stem cells can be used to regenerate tissue and heal the body,” said Navdeep Bains, Minister of Innovation, Science, and Economic Development. “This emerging field of medical research has the potential to not only treat disease, but actually cure it. The considerable investment being made today by Versant Ventures and Bayer is proof of that globally recognized expertise. It demonstrates how innovation can lead to new startup companies that attract global investment and create entirely new industries and markets that didn’t exist before.”