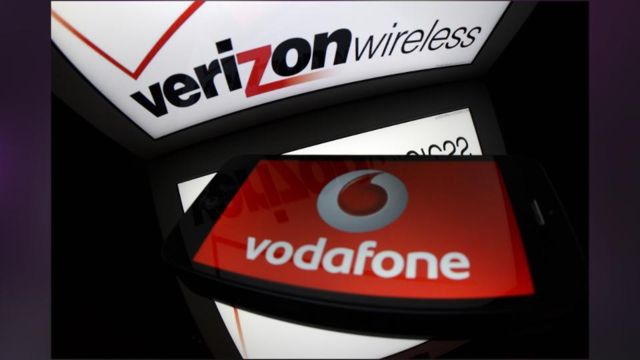 Following a decade of stop-and-start negotiation, Verizon Wireless will purchase Vodafone’s 45% share in the telecommunications giant, a move sure to elicit response from Canada’s “big three” wireless incumbents. Sources consulted by Bloomberg News first reported the story this morning.

The deal requires Verizon to pay in cash and stock, and sources have indicated that the company is trying to raise $60 billion from a number of banks. The rest of the payment will likely come from Verizon stocks, worth $60.2 billion. The final $11 billion will come from smaller transactions to bump the total up to $130 billion.

As part of the landmark agreement, Verizon is expected to sell it’s 23% share of Vodafone Italia.

Bloomberg reported that both Verizon’s and Vodafone’s boards signed off on the deal after unanimously approving the agreement. The deal also means that complete ownership of it’s own name grants Verizon access to $21.8 billion of operating income. It will help the leading telecom giant to fend off competitors like Sprint Corp.

In what could be seen as an unnecessary yet expected knee-jerk response, one of Canada’s “big three” wireless companies issued a statement last week amid rumours of a close-to-complete Verizon-Vodafone deal. Thursday, Bell wrote that “The rumour confirms what the majority of Canadians have been telling the federal government: a company like Verizon with the scale to consider an acquisition of approximately $130 billion dollars does not need any handouts from Ottawa to compete in the Canadian wireless market.”

Bell, along with Rogers Communications and Telus Mobility have waged a year-long public relations battle with Canada’s federal government, expressing their discontent with what they see as wireless policy that creates a disproportionate playing field. It comes down to whether granting Verizon two blocks of prime 700 MHz spectrum will decrease competition and continue to leave Canadians with pricey cell phone bills.

The “big three” are demanding a “fair playing field,” as current wireless policy in Canada states that in January’s spectrum auctions, Canadian incumbents are only allowed to bid on one block of 700-megahertz airwaves each. A new entrant can bid on two, and that would include Verizon if the company made such an entry.

The deal is the third-largest acquisition in corporate history.

According to CanadianPrivateEquity.com, Waterloo’s Desire2Learn, creators of an integrated learning platform for schools, has opened a new office in Sao Paulo, Brazil. The company…