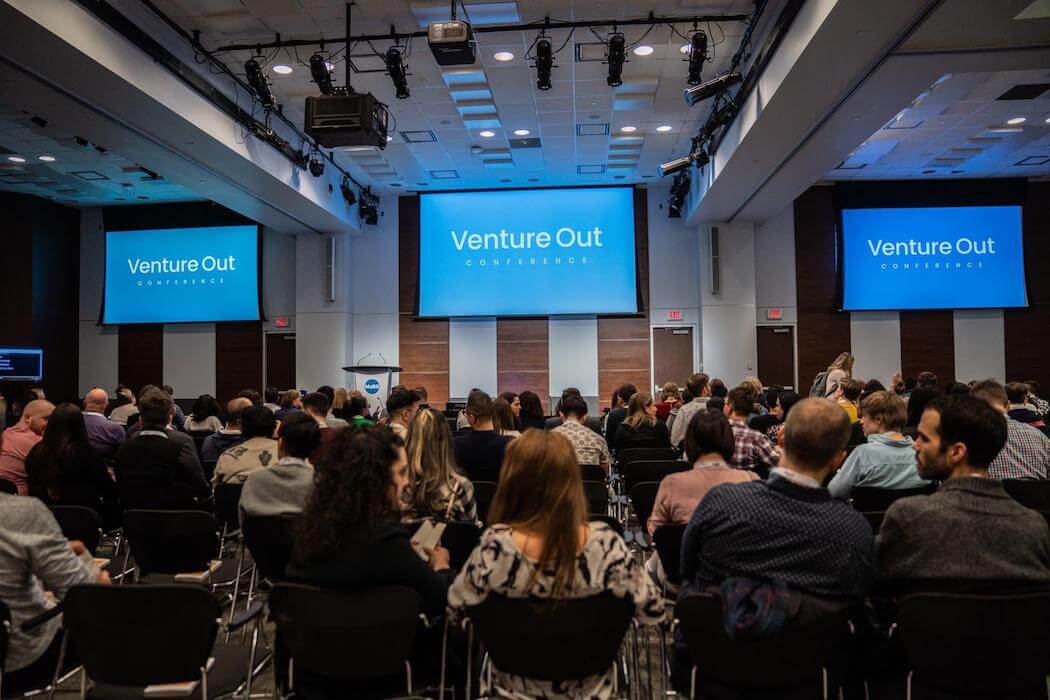 The volunteer team behind Canadian tech and social impact conference Venture Out has resigned en masse, citing inconsistent support for diversity and inclusion from its parent organization, Start Proud.

The mass resignation took place on October 16, BetaKit has learned. A joint statement made by Venture Out’s 12 volunteer members obtained by BetaKit cited hiring decisions made by Start Proud leadership as motivation for the team’s “largely BIPOC [Black, Indigenous, and People of Colour], women, and femme individuals” to resign.

“We are no longer able to align ourselves with Start Proud while staying true to Venture Out’s values and commitments.”

“Our team believes that Start Proud, an LGBTQ+ not-for-profit, treats diversity and inclusion as optional for hiring and promoting BIPOC, women, and gender diverse volunteers,” the statement reads. “We are no longer able to align ourselves with Start Proud while staying true to Venture Out’s values and commitments to our community.”

Tjhie and Bédard also alleged the decision to insert a new white, male co-chair from outside of Venture Out’s volunteer base was part of a broader pattern of “fundamental disregard” of BIPOC, women, and gender diverse volunteers within Start Proud.

Tjhie emphasized to BetaKit that he and his team felt their concerns about the decision were not being heard by Start Proud’s leadership.

“The team ultimately felt that we were being undervalued and underestimated by predominantly white leadership,” Tjhie said.

Bédard and Tjhie also shared with BetaKit second-hand accounts of incidents where BIPOC and gender diverse individuals felt tokenized at Start Proud events or treated as afterthoughts when it came to choosing speakers. BetaKit has not independently verified these claims.

“The word safe and safety has come up a lot,” Bédard told BetaKit. “Whether the intent is there or not, it’s not the intent that matters. It’s the impact. And, if this many BIPOC people are saying that they have felt unsafe, I think that needs to be listened to.”

Bédard and Tjhie emphasized that diversity and intersectionality have long been key to Venture Out’s operations, with Tjhie noting that the team makeup was at its “most diverse and intersectional” over the past year.

“This is a circumstance that marginalized folks often find themselves in,” Tjhie added. “So, we decided to take a stand for the values that we fought for at Venture Out, and ultimately, ourselves.”

Carniello declined to comment for this story, pointing instead to Start Proud board chair, Janet Spreitzer. Spreitzer provided a lengthy statement to BetaKit in response to multiple questions related to the mass resignation, stating that the organization is “truly disappointed Ruben Tjhie has decided to leave Start Proud.”

“We can say with confidence that diversity is never something we consider “optional.””
– Janet Spreitzer,
Start Proud

“We had certainly hoped he would choose to remain in his role as Co-Director of Venture Out alongside Chris Carniello, a fellow Start Proud volunteer,” she said.

“We can say with confidence that diversity is never something we consider “optional” – it is part of our mission as a non-profit LGBTQ+ organization to promote the equity and inclusion of all identities,” Spreitzer added.

Spreitzer claimed that 57 percent of Start Proud’s current board and 60 percent of its leadership team are “either female-identifying and/or members of the BIPOC community.”

Following the cancellation of 2020’s Venture Out event due to COVID, co-chairs Rachel Shi and Shadib Bin Newaz stepped away for personal reasons, leading to discussions about a new leadership structure for the 2021 event team. It was around this time, Tjhie said, that tensions between Venture Out and its parent organization, Start Proud, came to a head.

Tjhie told BetaKit that in conversations between himself and Start Proud President Cozens, he suggested the promotion of a Venture Out volunteer, while Cozens reportedly pushed for someone outside the organization.

“The Start Proud president indicated that he felt that Venture Out was a risk, and our autonomy was a risk, and he questioned our abilities to manage this transition to a virtual environment,” Tjhie said.

Tjhie told BetaKit he then escalated his concerns to Spreitzer, raising the issue of optics for inserting an individual from outside of the Venture Out organization, particularly someone Tjhie felt was outside of Venture Out’s focus of BIPOC, women, and gender diverse individuals. Tjhie said that he raised the possibility of a mass resignation to Spreitzer if Carniello’s appointment was upheld.

“We’ve seen a fundamental disregard for BIPOC volunteers who have taken a step out, and really gone out of their way to make a statement, and so far that has not gotten acknowledged,” said Bédard.

Venture Out was founded under the Start Proud umbrella in 2016, created by then-Start Proud president Albert Lam, and fellow volunteers Jeanette Stock and Stefan Palios (Palios is an occasional BetaKit contributor). A volunteer organization dedicated to helping students gain skills for future careers and build a network within the LGBTQA+ community, Start Proud operates a variety of conferences across Canada.

In a recent statement to BetaKit, Venture Out’s three founders (each of whom have stepped away from active roles in Venture Out and Start Proud, voiced their support for the most recent Venture Out team’s decision to resign en masse.

“We founded Venture Out with the mission of building a more visible, more connected, and more equitable LGBTQ+ community in tech – and we support Ruben and the team as they continue to uphold those principles and advance that mission in collaboration with our community.”

Despite the mass resignation, Spreitzer told BetaKit Start Proud is “actively planning for Venture Out 2021, in an all-new virtual format.”

Spreitzer also noted “while [Start Proud] aim[s] to amplify diverse voices at every level of the organization, we also recognize that building inclusion is work that is never complete.”

The now-former Venture Out team indicated to BetaKit plans to continue working together within the Canadian tech ecosystem to support the LGBTQ+ community; though did not provide details on what that might look like moving forward.

When asked what outcome the Venture Out volunteers hopes to see their decision to resign, Tjhie said, “for me, personally, I think the message for Start Proud is really to interrogate how their decisions impact the many intersections of the LGBTQ+ community.”

“We’re a community that spans across many, many intersections,” he added. “But, to properly serve the LGBTQ+ community, it’s important to recognize that and intentionally work toward serving the most marginalized of us.”

“Start listening and take action,” added Bédard. “There’s a lot of work to do and the LGBTQIA+ community deserves better.”

Financeit, the cloud-based point-of-sale platform, announced today that Ian Hanning has been appointed as its new CFO. Hanning previously served as Capital One Canada’s…