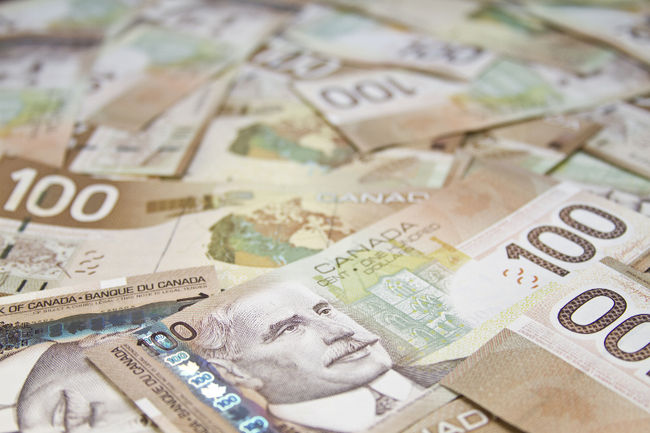 Last year saw 31 percent more venture capital investment in Canada compared to 2012, up to $2 billion from $1.5 billion. In fact, investments in 2013 were at their highest level since the peak of the previous cycle in 2007.

Unfortunately though, fundraising dropped by 24 percent. So while its great that VC firms were spending big money, its not comforting knowing that the fund of funds that provide the money for all the VC firms spent substantially less money that they did in 2012.

452 deals were completed in 2013, up two percent over the prior year, and in contrast to prior years investment was slightly more skewed to early-stage and expansion financings of Canadian innovative companies.

Year-over-year growth in 2013 was primarily fuelled by Vancouver’s HootSuite, one of the largest rounds of venture capital funding in Canadian history, Ottawa-based Shopify, Burlington-based Anaergia and Markham-based Real Matters. These and other transactions helped ratchet up Canadian company financing sizes to an average of $4.3 million for 2013 as a whole, significantly more than the $3.3 million averaged the year before.

“The investment results for 2013 are really encouraging and pushed Ontario, Quebec and BC into the top 10 regions for VC ranking in North America,” said the CVCA’s Peter Van der Velden. “Investment activity this year highlights Canada’s phenomenal potential as an innovation leader in the global economy and these investments illustrate the both the importance and rationale for a strong domestic Canadian venture capital ecosystem.”

There were a few other interesting facets of the report. For example, domestic VC funds were less active in global deal-making last year, contributing $350 million to non-Canadian companies, which was down by about one-third from values reported in 2012. Canadian investors backed 95 companies based in the United States and other countries in 2013.

Within Canada, Ontario led all provinces in dollar terms, showing $676 million invested last year, or 35 percent of the domestic market total. Quebec, meanwhile, led year-over-year growth with $589 million invested in 2013, or 46 percent more than in 2012. British Columbia experienced the largest increase of any Canadian region in 2013, with VC invested totalling $478 million, or better than double the $198 million invested the year before (mainly because of the Hootsuite deal).

Despite stories like this that claimed foreign investors are “scared away” from Quebec specifically, the report showed that foreign investors spent big money on Canadian companies last year. Foreign funds brought a total of $828 million to domestic VC financing rounds this time around, or better than double the $384 million they brought to rounds in 2012. Consequently, foreign investors accounted for 42 percent of total dollars invested in Canada in 2013.

IT companies secured $1.1 billion invested in total, or 54 percent of all the deals, and showed year-over-year growth of 19 percent. A major story in trends last year was the role played by internet-related deals, as these captured $497 million, compared to $217 million accounted for in 2012. Software took second spot in 2013, with $378 million invested.

Interestingly, just six US states showed higher VC investment numbers in 2013 than the province of Ontario, sitting at $676.4 million. Quebec and British Columbia weren’t too far behind.

In terms of publicly-funded investors in Canada (you know, the people who invest your tax dollars!), the Business Development Bank of Canada (BDC) was most active in 2013, having invested $74,078,000 over 86 deals. The MaRS Discovery District as a whole was responsible for 27 deals worth $11,186,000.

Real Ventures fell from its number one spot last year for private VC firms. In 2013 the Montreal-based firm was involved in 13 deals for $5,499,000. Vancouver’s Yaletown Venture Partners took over the top spot with 14 deals for $14,548,000. In terms of actual dollar amount invested, the leading firm was actually Avrio Capital, which invested $20,641,000.

Uber is arguably the best-known name in the on-demand car app space, and while it started with a focus on black cars, it has…