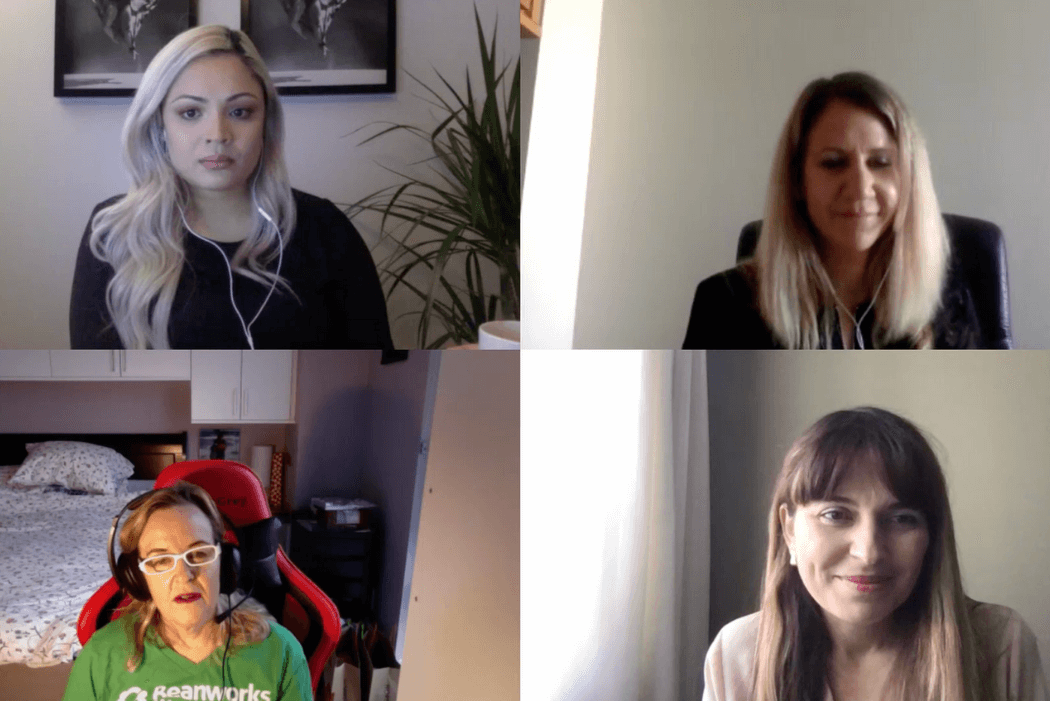 Women were disproportionately impacted by the COVID-19 pandemic, facing more layoffs and forced departures to take care of family than men. This unfortunately means the pandemic hampered career growth opportunities for women more so than it did for men.

So as Canada prepares for a post-pandemic recovery, gender diversity and inclusion of women is more important than ever to make up for lost ground. This is especially true in the tech industry, which studies show is the industry most likely to lift Canada out of a pandemic-induced economic slump.

In a virtual VanHack Fireside chat, Tracy Huitika, CIO at Beanworks, Humaira Ahmed, the founder and CEO of Locelle, and Elena Litani, VP Engineering at KOHO, spoke about the challenges women in tech face and shared their advice for young women looking to develop into leadership roles.

Breadth, risk taking, and exposure are keys to career growth

Despite university degrees and doing all the “right” things, the panelists noted their careers didn’t start taking off until they started taking risks and trying new things.

“The difference for me was when I started to take risks in my career,” said Huitika.

Huitika said she tried everything in her career: learning to code, business development, working in a gaming company and a defence software contracting company. Not all were wins or positive experiences, but each one was a learning opportunity.

Both Ahmed and Litani echoed the sentiment, adding their own stories of coming to Canada as immigrants from Pakistan and the former Soviet Union, respectively. Ahmed and Litani both said they came to Canada for opportunity, but leaving their home country was a risk at the time. For Litani, another risk she took was chasing work that interested her versus choosing a traditional path.

At the same time, Huitika warned against taking unproductive risks. In the context of building a career, she said it’s common for ambitious women to take risk after risk in a career, but still not be recognized for their effort. In these cases, Huitika’s advice is to simply move on to the next opportunity.

“Don’t kill yourself trying to force something to happen,” said Huitika.

Invest in your network

Facing hardships in one’s career is not new or exclusive to women, but the panel explained that women are often told to avoid risk, which often leads to less success. Instead of following that path, the panel recommended that young women invest in their network to buffer against the impact of taking career risks.

Litani shared a personal example: for years, she spent time being a “great employee working with my team heads-down,” hoping someone would notice and promote her. It wasn’t until she started networking that she realized professional connections could help her avoid career missteps, identify the career path that worked for her, and provide advice when she faced a tough decision.

Ahmed had a slightly different experience. Coming to Canada, she knew she wouldn’t get far without a network. Luckily for her, this was in 2005, when social media was new, so she was able to leverage it heavily to build a network. Fifteen years later, she still swears by it.

“If you have a goal in mind, you can do a lot of great things,” said Ahmed. “The social media world is so open for us. You can literally reach out to anybody.”

Before reaching out, Ahmed advised young women to do their research: learn about the person you want to reach out to, figure out what specific ask you have, and be courteous and direct.

Huitika comes at networking in a slightly different way, starting with an offer of help.

“I try to network in a way where I try to help somebody,” said Huitika.

She said this approach feels great because you get to help someone, which usually comes back to you. And even if it doesn’t, you retain the confidence boost that comes with the knowledge you helped someone.

The help-first approach also comes in handy when you’re trying to get promoted, since “there’s a little bit of a game you have to play” when it comes to getting noticed for promotions. If you approach networking from a help-first mentality, it makes it easier to find the secret weapon of career advancement: a sponsor.

“When I didn’t have a sponsor at the table who believed 110 percent that I needed to be there, I never got there,” said Huitika.

Ahmed agreed, saying that sponsors were key to her success as well. She said that she worked hard to be qualified for opportunities, but sponsors helped by putting her name up for opportunities where she may have otherwise been overlooked.

Be your own role model

Ahmed said one of the problems still plaguing young women’s ambition is not seeing enough women in executive leadership. Her solution is to amplify the ones that are there, even if there aren’t many.

From there, she said young women have to look inward and focus on becoming the executive leader that other people can look up to. She said there are many different opportunities available, but too many women are afraid to apply because they don’t want to be rejected. This fear is understandable for how women are conditioned from a young age, said Ahmed, but she stressed that women needed to be brave and apply for the jobs they truly want, not just the jobs they were told to expect.

“I hope that women are brave enough to take a risk and apply,” said Ahmed.

VanHack is hosting a Women in Tech Hiring Event from September 21st to 23rd! Register for the upcoming event to add diversity to your tech teams and meet strong women developers with more than four years of professional work experience. Sign up today!
Sponsored