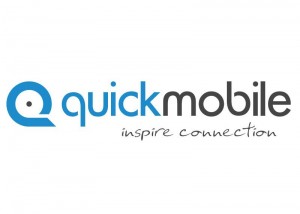 The 2014 version of the annual list is the 26th time it has been published. Published in the July issue of Canadian Business and online at PROFITguide.com, the PROFIT 500 ranks Canadian businesses by their revenue growth over 5 years.

Since it was founded in 2006, QuickMobile has raised $8.8 million in funding, and claimed 182 employees in 2013. The company builds mobile event apps meant to create lasting experiences throughout the year for event goers. The company builds “secure, scalable and configurable platforms for truly engaging event experiences.”

The next company down the list was within IT was the publicly-traded Avigilon Corp, another Vancouver company with a whopping 458 employees. Avigilon provides end-to-end security solutions via video surveillance and access control solutions – from servers to cameras to door readers, and all the software that comes with it. In 2013 Avigilon Corp’s revenue was between $100 and $249 million.

The next five tech-related company to hit the 2014 PROFIT 500 were:

and Mississauga’s Copperstone Connect at #38

The average PROFIT 500 company increased its revenue by 536 percent from 2008 through 2013. More than 80 percent of the firms on the list sell primarily to other companies, from HR consultancies and advertising agencies to machinery suppliers and general contractors.