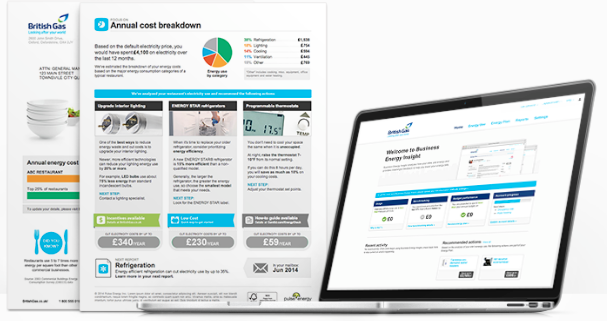 Pulse Energy CEO David Helliwell said the deal is the biggest of it’s kind in this space. “They’re taking our whole commercial customer analytics and engagement platform and applying it to their nearly one million business accounts,” he said. “They’re a business that’s 10 times the size of BC Hydro. This is great validation for what we’re doing. The CEO of British Gas is behind us, and is the one who signed off on the deal.”

For Pulse Energy this deal is clearly building on its success with large utilities including Pacific Gas and Electric, Duke Energy, Commonwealth Edison, BC Hydro and FortisBC. Pulse Energy has added customers on three continents over the past year, covering over one million commercial smart meters.

By providing personalized insight into their energy consumption, the software enables commercial customers to better understand how they can reduce waste and use energy more efficiently. By leveraging the platform’s analytics and user segmentation, British Gas will be able to unlock operational business benefits and lay the foundation for much more services.

“The global utility industry is going through a period of rapid change, and we’re honoured to have been chosen by so many of the world’s leading utilities to better understand and engage with their commercial customers,” said Helliwell. “Having such meaningful government support for our R&D has allowed us to quickly become a leading player in our industry, and we’re looking forward to accomplishing great things with British Gas as we help their nearly one million business customers to run their businesses better.”

The legacy of Vancouver’s 2010 Winter Olympic Games played a role in today’s success for Pulse Energy. Being able to introduce their Venue Energy Tracker to the world proved to be a key connection between Vancouver and the London 2012 Olympic organization, which ultimately helped pull them into the UK marketplace. Helliwell is quick to note that the effort taken by the City of Vancouver and the Province of BC around the business connection building “was a huge boost for us.”

While the Olympic legacy is an important part of the Pulse Energy story, Helliwell wanted to make sure a lot of credit is due from the support they’ve received from the government. He said “NRC-IRAP, Sustainable Development Technology Canada, BC Innovation Clean Energy Fund, and The Western Diversification Fund contributions are a big part of getting us here today.”

Having Helliwell share his excitement about recently finding his notebook containing the original thoughts about the Pulse Energy’s future was an unexpected moment. It’s interesting seeing how much of the original vision aligns with where they are today. In January 2007 he jotted down these five points:

“They are basically all of the things we’ve been doing, especially in the last two years.”  Today the platform is hosting over a million businesses in the system, with another million to be added in 2014. For Helliwell it’s all about “staying on our mission of making the worlds businesses more energy efficient.”