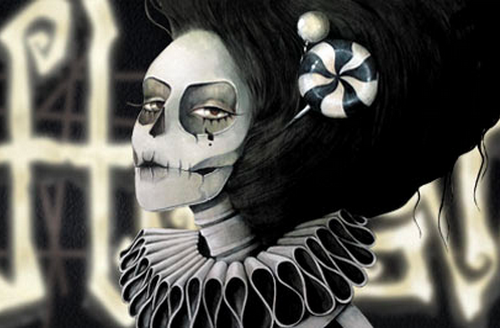 The CMF (Canadian Media Fund) has announced the recipients of its “Experimental Stream Production Program”. Among the winners is one innovative digital card game called “Afterland” by Vancouver start-up Imaginary Games.

The CMF is a government funding program for Canadian produced projects. The Afterland mobile game engages players with a unique narrative that unfolds in a carnivalesque world between life and death. A classic tale of social rejection and acceptance is told from the perspective of oddballs and misfits as they journey into the unknown.

The characters of Afterland –  an original mix of hand painted and digital artwork – can also be purchased as fine art prints. “Afterland is an exceptional project that has attracted several highly talented individuals and strategic partners to the team. We are united by the goal to challenge the racial and gender stereotypes often found in games,” said Christopher Powell, CEO, Imaginary Games.

Here’s some of the other 2014 projects that received funding from the CMF:

Time Machine: evolution of the dev-application of the Marianna Trench- Minority Media Inc.- $775,000