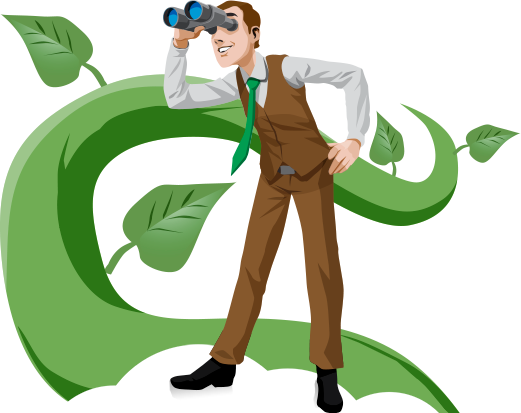 Since graduating from Communitech’s Hyperdrive accelerator program eight months ago, Vancouver-based “accounts payable evolved” startup Beanworks has been quietly working away at its product. But things are about to heat up.

The startup is doing the same for financial software as what Salesforce did for CRMs. Beanworks specializes in eliminating the manual, paper-based steps in mid-sized companies’ accounts payable (AP) processes. Through the cloud, all invoices are turned digital and accounting management personnel can see, through workflow and powerful analytics, what they couldn’t see before until the invoice had already been recorded.

Earlier this month CEO Catherine Dahl pitched the startup at the Series 401 event in Toronto, a day after the CIX Conference in which several promising Hyperdrive alumni and current startups made the trip down highway 401 to pitch investors.

The opportunity, said Dahl emphatically, is huge. “For us it’s a game-changer. For them, their ‘ezPay’ solution is still relatively new, and its hard to get people on electronic payment when they can’t see the backup. That’s where we come in, we aggregate that data.”

She said about 8,000 of Cambridge Mercantile’s 14,000 customers are in the mid-market space (meaning companies with about 50-500 employees, the size that Beanworks is targeting), but very few of them are “automated”, meaning the majority of AP work is still on paper.

In a release Dahl said of the partnership, “Accounting just evolved for mid-size companies everywhere. Cambridge and Beanworks have combined two robust solutions and are the first to provide customers with a true end-to-end procure-to-pay solution with highly configurable workflow.”

Beanworks was founded in 2012 and has employees working out of Vancouver, Montreal, Victoria and Prince George. The company actually evolved out of a previous company called Bean Services. Dahl was an investor and eventual cofounder in the company, doing sales and implementation. The company originally focused on expense reimbursements and eventually the managing the process of acquisitions. But the company couldn’t scale and “abruptly ended”.

Dahl and a few others did a management buyout of the intellectual property and customer base, and formed Beanworks in January 2012. It took them a year to rebuild the entire platform, but the existing 1000 or so customers remained patient. The new platform was just released and the company is processing between 25,000 and 35,000 invoices a month.

Dahl is ready for more.

“Every company that operates spends money and when they do, they’re spending it on people or things,” she said. “What we help do is get the bills paid when they’re paper based. They come into our system in a paperless format, we digitize it, we allow the image of the invoice to be tied into the accounting data, and we provide powerful analytics for the finance department.”

The services costs about $2 per invoice on average to get an invoice from a purchase order to an invoice capture to an electronic payment.

There are competitors around the world, but few of them are doing what Beanworks does, said Dahl. Even fewer of them are doing it through a ‘software as a service’ model, and even fewer can offer a payment solution to go along with the invoice automation.

It’s “any payment, anywhere, in any currency (with workflow) and you control it all from the customer side.”

@StartupCFO explains the long, winding road to a closed funding round

The typical way that startups raise capital is to wait until they have 6 months of runway and then start a roadshow. They put…