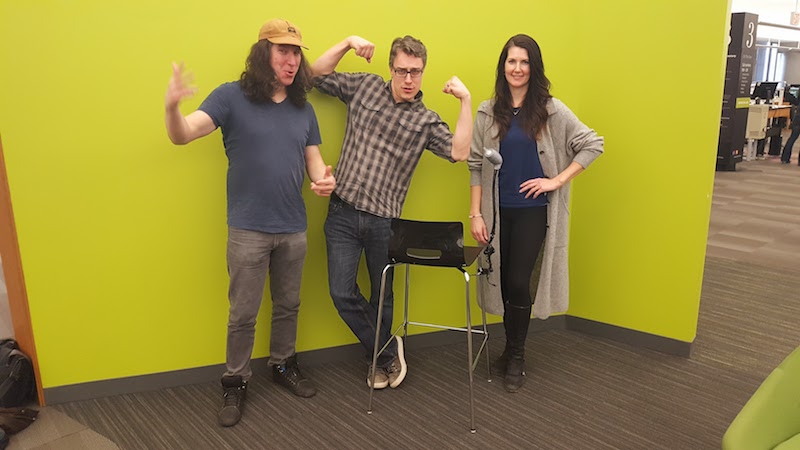 Our special guest this week is Chad Leaman of the Neil Squire Society. We talk about how technology helped Neil Squire back in the early 1980s, with a device that he could interface with using sip and puff gestures to produce morse code, and communicate.

Sip-and-puff technology worked great on computers running MS-DOS, interfacing through morse code. With the introduction of graphical and mouse interfaces, a type of joystick also became relevant. The Joust, retailing for about USD $1500, is one such device.

Over the last 10 or so years, touch screens, tablets, and smartphones have become the norm, and with that there are new accessibility barriers to overcome. In BC, The Neil Squire Society runs a program called Technology at Work which helps make and fund recommendations for accommodating persons with disabilities in the workplace.

A lot of innovation, such as text-messaging and TTY devices, originally began as technology for helping the disabled, but have become mainstream.

Google.org awarded the Neil Squire Society an $800,000 grant to build a device called the LipSync that they are releasing as open-source. It can be built for about $250 for the parts. The shell is 3D printed.

Make sure to check out the Monday Makeathon at the BC Tech Summit, which is a free event that gives an opportunity for teams to work together to build a LypSync.

The Canadian government has announced the launch of the Regional Economic Growth Through Innovation (REGI) program, which will be dedicated to carrying out business…