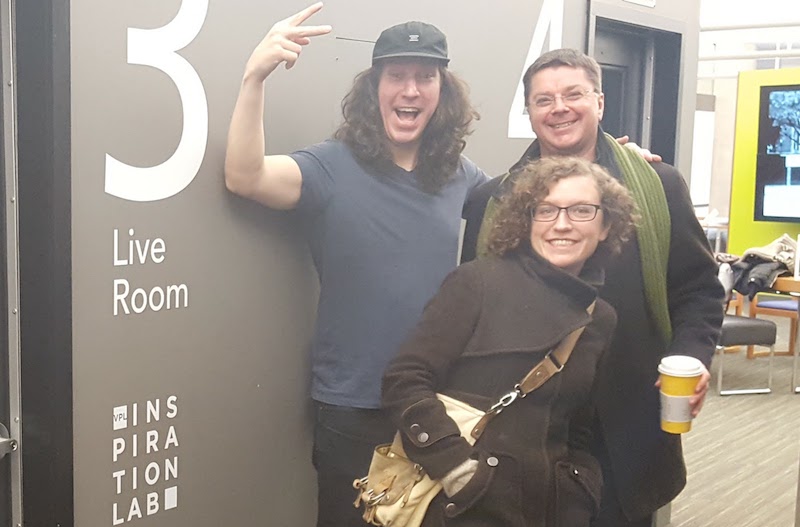 Guest co-host Kim Hansen, CEO of Signl.fm, and Drew Ogryzek open the show with a variety of discussions. They talk about speech to text, the convenience of Google Now, how CES was all about Amazon’s Alexa, and positing that speech to text may revolutionize our communication comparably to how hypertext markup and the world wide web have.

Peter Watkins, who co-founded the BC Developers’ Exchange with David Hume, tells us about the BC Devs Exchange and the upcoming BC Tech Summit on March 14th and 15th. He also touches on some of the BC government’s tech initiatives, including its Housing Data Visualization Project, how to run agile teams in government, the government of BC’s most popular website DriveBC, and releasing their information in an Open 511 API friendly way.

Watch for the upcoming Dev Exchange Discovery Day event on the BC Developer’s exchange events section. And check out the open contest on how data scientists could visualize the housing information for the province, sponsored by the BC Statistics Division.

Alexandra works for Adaptech Solutions as Business Development Manager and cohosts the Vancouver Tech Podcast with Drew Ogryzek. Part time model and management consultant Alex's background in tech began as a producer/digital project manager. She has over 10 years experience on small to medium scale digital, app, design, creative and infrastructure projects and has led and mentored technical, design and quality assurance teams. Areas of expertise are stakeholder engagement, agile, waterfall and crossover methodologies, planning, research and communication. Alex is learning to code and enjoys community development through going to meetups. Her core values are integrity, commitment to excellence and doing things right the first time.

For AccelerateOTT’s third year, organizers C100 and Invest Ottawa will be bringing in Shopify CEO Tobi Lutke for a fireside chat on Shopify’s growth…