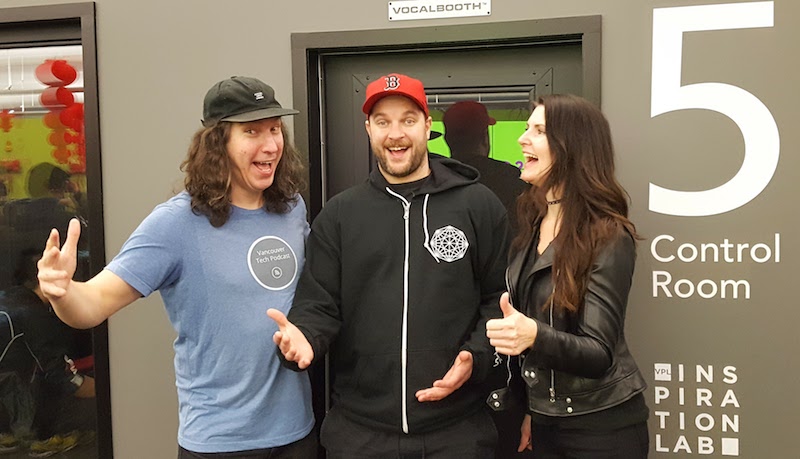 Hosts Alex Moxin and Drew Ogryzek open the show talking about workplace dynamics and whether it’s appropriate to use the term “guys.” Ogryzek talks about his company’s new onboarding process which includes using automating testing and seed data. They discuss Moxin’s coding progress which she talks about further in her blog and meetups around town they attended last week: DDD/CQRS/ES, Code and Coffee and the inaugural Women Who Code (Vancouver) event.

The Women Who Code (Vancouver) meetup was held last Thursday and hosted by Microsoft Vancouver in the Garage. Featured speakers were Stacey Mulcahy from Microsoft discussing software and hardware integration, and the magic of Javascript when applied to building things and Amelia Hardjasa speaking about her experience as a data scientist.

Highlighted Meetups Around Town Moxin and Ogryzek are looking forward to this week are the Vancouver Tech Meetup, which Ogryzek is hosting on January 23rd at Beanworks, Istuary Innovation Group, Vancouver Erlang and Elixir, Vancouver Futurists and DDD/CQRS/ES Meetups.

Our guest this week is Rob Bucci of STAT Search Analytics. We start out talking about Bucci’s foray into learning to code and his first project which led to developing his first company, STAT Search Analytics, which creates the ability for their customers to track the visibility of search content and helps them determine what their data means.

STAT is a company that values personality, empathy, drive, and learning agility — and puts people first. The company culture has emerged over time and each new hire adds to the team values base and they’re hiring! The company is looking for a software development manager and web app team lead and other roles, which you can check out on their careers page.

STAT is planning more advanced projects in data science and promoting more travel and opportunities to go to conferences for their team in 2017. Upcoming meetups hosted by STAT in their Mezzanine space are Inbound Marketing Vancouver on January 31st and Data Pipelines and Distributed Systems on February 23rd. Their space is also available for hosting tech meetups.

Alex is committed to promoting gender parity this year in the podcast so if you’re a woman in tech and would like to be part of the show, please reach out!

Alexandra works for Adaptech Solutions as Business Development Manager and cohosts the Vancouver Tech Podcast with Drew Ogryzek. Part time model and management consultant Alex's background in tech began as a producer/digital project manager. She has over 10 years experience on small to medium scale digital, app, design, creative and infrastructure projects and has led and mentored technical, design and quality assurance teams. Areas of expertise are stakeholder engagement, agile, waterfall and crossover methodologies, planning, research and communication. Alex is learning to code and enjoys community development through going to meetups. Her core values are integrity, commitment to excellence and doing things right the first time.