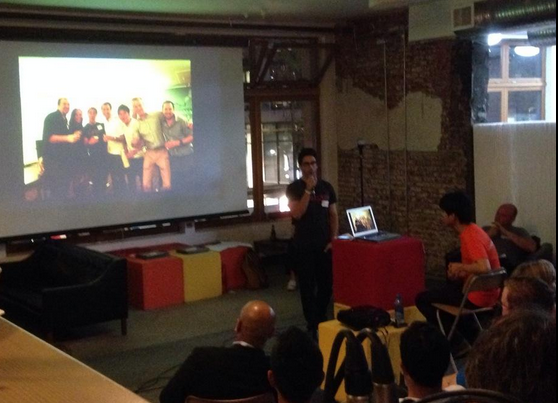 Last night marked yet another lively night in Vancouver as the many different startups currently working our of Launch Academy took part in its Summer 2014 Pitch Day. A trip to New York City to pitch at Startup Next was on the line, as was $5,000 in prizes for Student Startups, and five “up and coming” startup nominations.

Overall 14 startups showcased their tech to a sold out crowd of 200 people including investors, angels, VC’s, media, entrepreneurs, and industry professionals.

The Student Startup Challenge finalists competed for cash prizes of $3,000, $1,500, and $500, while the remaining companies competed for a top prize of a flight to New York City for Startup Next’s Demo Day.

“It’s been exactly a year since our last competition, so we were really excited to showcase an entirely new crop of entrepreneurs this time around,” said executive director Ray Walia. “A lot of these startups were just an idea three months ago, so it’’s been really exciting to see how quickly they’ve grown into real companies while under Launch Academy’s roof.”

Latergram ended up winning the trip to New York City to pitch at Startup Next, while Fetch , Novogadget (SafeRing), and Loodo Analytics took home their respective cash prizes in the Student Startup Challenge.

At the end of the night, the top up-and-coming startups on the Vancouver tech scene were deemed to be:

The top three startups of the night will also be given a guaranteed spot at the upcoming Cascadia Showdown in November, where they will pitch in front of investors and VIPs from Silicon Valley, Seattle, Vancouver, and beyond.

To date, Launch Academy said it has “incubated over 200 companies who have created over 400 jobs in the economy and collectively raised over $25,000,000 in seed funding.”