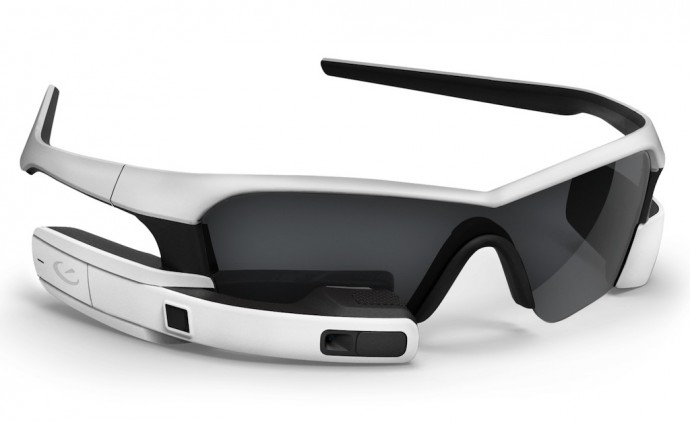 Vancouver-based wearable tech company, Recon Instruments, launched their smart glasses, Recon Jet, just less than a month ago and have already sold out pre-orders of the limited Pilot Edition one day before its scheduled close last Friday.

The Pilot Edition was offered to early adopters at $100 less than the current sticker price of $599 with the bonus of early shipping. Those who were lucky enough to nab the Pilot Edition will see their devices go out the door as early as December. Based on its success, the company has decided to release another early batch of Recon Jet that will ship in February 2014. Pre-orders for are now being accepted on a ‘first come, first serve basis’.

Recon Instruments told BetaKit they were extremely pleased at the international demand it saw in this first pre-order period. Not surprisingly, USA was the number one demand market in terms of volume. But they also saw strong interest in Europe and Japan, which is impressive since their materials were only made available in English at this time. Canada represented just north of 10% of their total order volume.

Unlike Google Glass, Recon Jet has been designed with the athlete in mind and will ship with applications specially designed for cyclists and triathletes. Athletes will have access to critical information including heart rate, cadence and power output, performance stats and data such as speed, pace, distance, time, vertical ascent and more.

Like Glass, Recon Jet keeps the user connected with communication features such as displaying caller ID, sending text messages and the ability to post and view information from their social networks. To unlock the platforms true potential, Recon aims to launch an SDK and developer program before shipping the first batch of devices to allow developers to create applications. They are already working with major health and fitness companies to create native apps for Jet.

“We introduced Recon Jet to the developer community at the Google I/O tech conference in May and the Pilot Edition was made available for pre-sale just three weeks ago. To say the response exceeded our expectations would be a massive understatement.  Now, with this second production batch and our upcoming SDK, we look forward to developers unleashing their creativity to build amazing apps for Recon Jet,” said Dan Eisenhardt, CEO of Recon Instruments.

Recon Jet is the world’s first consumer Heads-up Display (HUD) integrated with sports sunglasses. It includes a 1 GHz dual core processor, dedicated graphics, Wi-Fi, ANT+, Bluetooth, GPS, HD camera, and a comprehensive suite of sensors making it a standalone computing solution, comparable in capability to a tablet or smartphone. The components of the HUD are distributed evenly across the eyewear adding just 14grams to each side of the sunglasses. The display is controlled by a precision optical touch-pad that supports multiple gesture controls and facilitates its use in all weather conditions, even with gloves on.

Summer Launches With 60 Publishers to Give Readers Context

Israel-based Summer recently launched its free Google Chrome browser extension, which shows users information about the people they read about online, including celebrities, athletes, and…