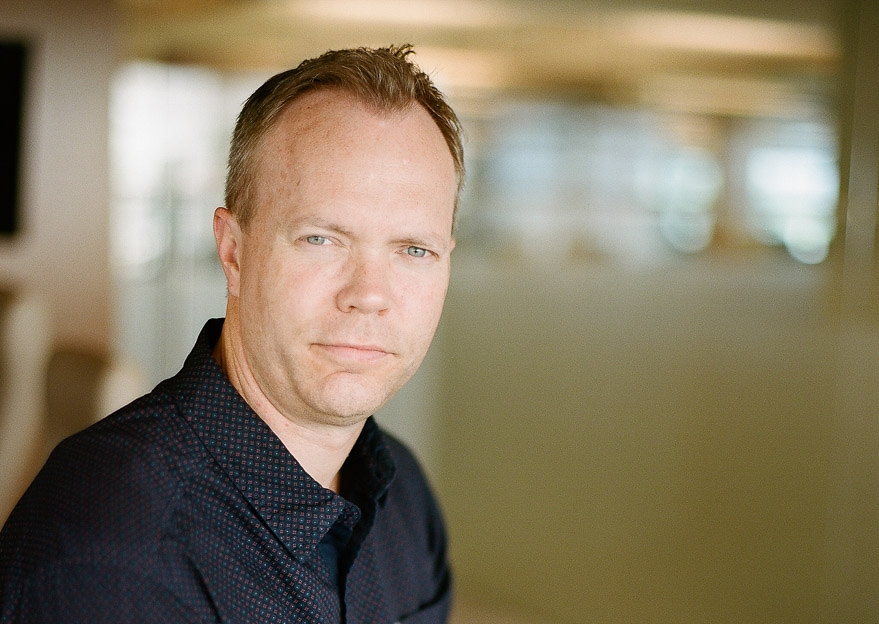 The mirror reveals views of the self. In our hand the camera reveals and captures more, from the selfie to the group shot, to the flora and fauna surrounding us. But there’s a bigger, deeper and more difficult picture to be captured. With the right camera – with a mirror big enough – we see ourselves in relation to the planet.

The tag-line “See the Planet. Open the World” is attention grabbing. I hold out the possibility that Vancouver-based UrtheCast’s images of earth from space will help better connect us with home. Maybe the more we can connect, the more we’ll care.

Self-describing your business as Earth Observation as Service sparks the realization that defining a new business category is never easy. Capitalizing on literal ‘moon shots’ isn’t for the risk-averse, either. Actually getting cameras into space and attached to the International Space Station presents moments of trepidation few entrepreneurs will ever experience. Pushing through challenges like these has UrtheCast well-positioned to be another great anchor for Vancouver’s technology community.

Actually getting cameras into space and attached to the International Space Station presents moments of trepidation few entrepreneurs will ever experience.

Since our conversation last April, the company has moved from the commissioning phase of getting its camera ready for transmission, to achieving initial operating capability in June, to announcing the $100 million acquisition of Elecnor Deimos Earth Observation in July.

It was time to reconnect with CEO Scott Larson and have a conversation about the future. He explained to me that UrtheCast has segmented its market into a pyramid.

“At the top there’s the government (B2G); API’s and apps represent a B2B (business to business) layer; and there’s a B2C (business to consumer) layer as represented with the Pepsi Challenge initiative,” he said.

Yes, Pepsi is a big brand, and yes, the challenge is about product placement and awareness. But in terms of creating a new connection with how people see the planet, it can’t be construed as a bad thing. In terms of making the world a better place, Larson shared that UrtheCAst a key technology partner helping the makeover that’s the Pepsi Challenge. “It’s no longer about the difference between a couple of beverages. It’s about challenging people to do something different, to go above and beyond, change the status quo.”

It’s being called an epic adventure film. Footage being captured from UrtheCast’s two cameras aboard the International Space Station will be incorporated into a first-of-its-kind short film for the 2015 Pepsi Challenge global campaign.  To be released this fall, it will be shot from multiple locations and perspectives – both on Earth and in space.

“We couldn’t have asked for a more rewarding experience as our first brand partnership. Already we’ve learned a great deal about how far we can push the technological limits of filming from space. The steps we’re taking today mean great things for our customers and upcoming web platform,” Larson added.

For the B2B side of the business, Larson indicated that UrtheCast’s API will be in closed beta for the foreseeable future. From outdoor enthusiasts to insurance companies (e.g. agriculture is a key use case in situations like being able to determine how much of a farmer’s field is flooded), the potential of what can be done with UrtheCast data is massive. “Pictures can be taken of the farms in the Midwest and can predict things like ‘should you water, fertilize, plant, harvest’? This information can in turn be sold to the U.S. Department of Agriculture, John Deere, farmers and seed companies,” Larson said.

With the rapid decline of cloud computing and storage costs, Larson also says that UrtheCast is building a data business that would have been unimaginable five years ago. “We take all of this data, we wrap it up in an API and then allow people to build their businesses based on it,” he said, claiming that “the United Nations wants current images of certain bridges in Africa, because if people are going across them it helps with identifying the movement of refugees.”

With so much potential to do so many good things with this treasure trove of data, staying focused and sometimes saying no is at the core of Larson’s job. The CEO acknowledged that “there’s way more ideas than we can possibly get close to answering. We have data, we have the ability to get data out, we can make it accessible to people who’ve never had access to this kind of data before. We’re focused on getting this as right as we can for the first step.”

The next steps are big, and Larson shared some of the long-term vision for the company. “We want to get off the space station,” he said. “It’s great, but it’s finite; it will not last forever.”

“We want to get off the space station. It’s great, but it’s finite; it will not last forever.”

Larson suggested the station is going remain operational through 2024, maybe to 2028. So what’s UrtheCast’s value when it comes down? The Deimos acquisition is the first step towards extending the company’s opportunity, Larson said before talking about the possibility of UrtheCast launching it own constellation.

“It will be the world’s first SAR (radar and optical) integrated constellation, of 16 satellites flying in pairs with the radar flying about a minute ahead of the optical, kind of like a swarm around earth,” he said. “Being able to integrate those two data sets taken at the same point in time of the same area will be the first time it’s ever been possible.”

Larson added that UrtheCast won’t be able to launch until sometime in 2019 or 2020. With no rose coloured goggles, Larson puts it simply: “space is hard.”